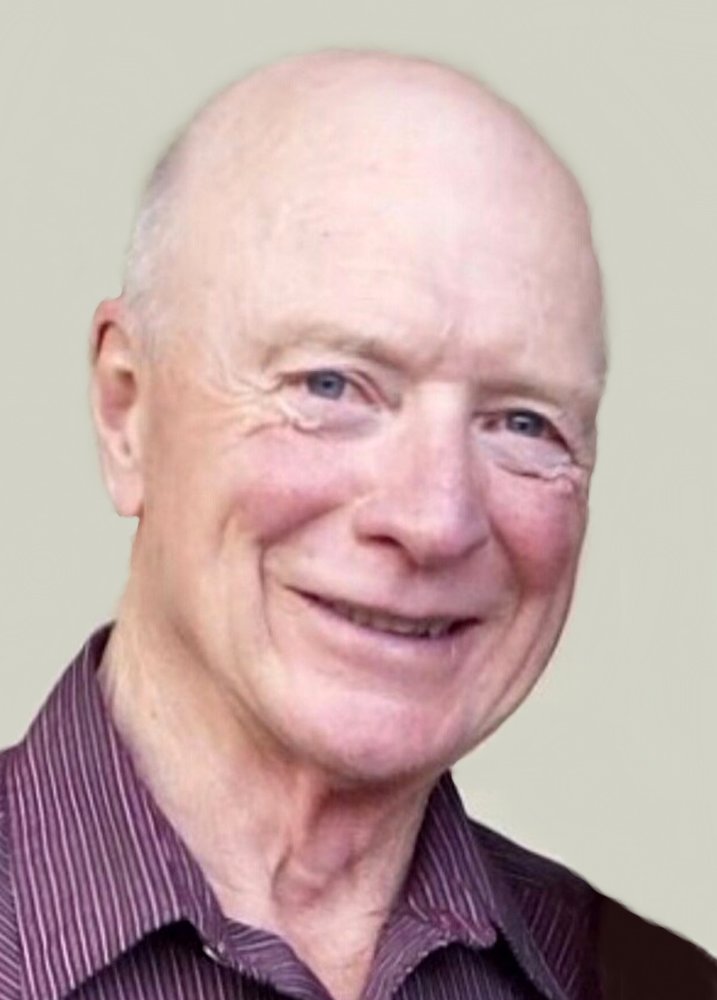 Bernie was born on March 21, 1934, to Vincent F. Whalen and Gertrude (Schmitt) Whalen in Schaller, Iowa. He died at his home on Veteran’s Day, November 11, 2020. He was 86 years old. Bernie grew up in Olympia, Washington, and was one of six children. A private military service was held at Tahoma National Cemetery in Kent, Washington. This is a final resting place where his family knew he would be proud, among our nation’s heroes, our veterans.

Two years after his birth, Bernie’s family moved to Olympia, and settled in the South Bay area. His father died one year later of wounds suffered from World War I. In 1940, Bernie began school at South Bay Elementary School. In 1944, his older brother, Jerome, died while in the Army Coast Artillery, serving in Alaska. While writing a timeline history of this life in 2019, Bernie said that Jerome “was my hero. I still feel his loss” today. The following year, his family moved into the city, where he attended St. Michael Parish School. In 1948, he attended St. Martin’s High School in Lacey, where he graduated in 1952. While still in school, and at the age of 15, he enlisted in the Army National Guard. After graduating, he worked for the Washington State Patrol, until volunteering for the draft in February of 1953. Bernie was assigned to Company 1, 21st Infantry Regiment, 24th Infantry Division, where he served in the later part of the Korean War. After obtaining the rank of Sergeant, he was honorably discharged on January 28, 1955, while serving at the Transfer Station in Fort Lewis, Washington. Bernie obtained multiple recognitions, including the National Defense Service Medal, United Nations Service Medal, Korean Service Medal and Republic of Korea Presidential Unit Citation.

In 1956, Bernie attended Olympic Junior College in Bremerton, Washington. In the summer of 1958, he began his apprentice work as an electrician. He was accepted into Local 76 IBEW in Tacoma, where he graduated as a Journeyman in June 1963. Not long after, he met his first wife, Susanne Devich. They married on April 4, 1964, and had two daughters, Michelle and Colleen. They divorced in 1973.

Over the next 25 years, Bernie worked as an electrician on large projects, including the Boeing 747 Complex in Everett, Washington, where 27 years later his ingenious craftsmanship was still in place; SeaTac Airport; and The Evergreen State College. In 1974, he moved to Tacoma. Washington, when the building of modules for the Alaska Pipeline began. Bernie traveled between his home and Prudhoe Bay, Alaska, until 1977. Thereafter, Bernie worked on projects at Satsop Nuclear Plant in Elma, Washington. During that time, he began developing his property, where he would reside for the remainder of his life, while raising his two daughters under shared custody.

His family knew Bernie to be a gentle, patient and dedicated family man, with a penchant for the orderly, and a sense of humor. He loved to take the girls camping and summer trips to their cabin in Yakima, Washington. By the time both girls were in middle school, and busy with after school sports and activities, Bernie joked that he was a “chauffeur” and never even balked when the only movie one daughter ever requested to be rented, The Black Stallion, be rented for the 30th time. Later Bernie enjoyed his visits down to Texas to watch his grandsons, Ben and Jack, play sports, and he loved getting his fill of Tex-Mex while he was there.

In 1988, Bernie met Mary Lue Shambaugh. They married on September 29, 1990, and remained together until her death on August 22, 2019.  Bernie retired in May of 1996, entering into another phase of his life, where he and Mary Lue enjoyed working on their three-acre property, cross-country camping in their travel trailer, and motorcycle riding with friends. Bernie was also an avid reader of history.

Bernie bonded with Mary Lue’s children and grandchildren in such a special way. “Our hearts are full of memories of hiking in the woods, family dinners, watching the Seahawks play, and celebrating every birthday at El Sarape. Papa enriched the lives of so much. His kind heart and genuine spirit will forever remain amongst us,” they said.

Bernie attended Sacred Heart Catholic Church in Lacey and is preceded in death by his father, Vincent F. Whalen; his mother, Gertrude Whalen; and four siblings, Jerome Whalen, Mary Torner of Lacey, Denny Whalen and Lucile Day of Olympia. He is survived by his sister, Dorothy Docherty of Chehalis; his two daughters, Michelle Whalen Sankary (Scott) and Colleen Whalen; his grandsons, Ben and Jack Sankary of Texas; and numerous nieces and nephews. He also is survived by stepchildren, Sonia Shambaugh (Gordon Phillips) of Olympia, Aleta Taylor of Spokane, Washington, and Darcy Shambaugh of New Hampshire; and grandchildren, Tiana (Max McLeod, fiancé), Colton Phillips of Seattle, and Calico, Scarlett and Zachariah Taylor of Spokane.

In lieu of flowers, donations may be made to Sacred Heart Catholic Church in Lacey or to the Veterans Affairs National Cemetery Administration (“NCA Cemetery Donation”).

To send flowers to the family or plant a tree in memory of Bernard Whalen, please visit Tribute Store