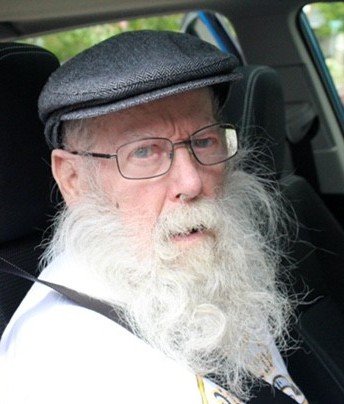 David Jerome Hanks passed away November 10, 2020, in Lacey, Washington. He was born March 31, 1936, to Claire and Lucy Hanks in San Pedro, California. He and his wife, Doris-Ann, raised their children in Alturas, California. He worked in Los Angeles for Johnson & Turner Painting Co. and commuted to Alturas for the holiday seasons for ten years (1979-1989). After the graduation of their youngest child, David and his wife returned to Los Angeles until his retirement from Johnson & Turner Painting Co. (1989-1996). After retirement, David returned to Alturas as a widower.  In 2007, he moved to Susanville California for the next 11 years (1996-2007). In 2018, David moved to Olympia, Washington, to be closer to his children.

He had a “PhD’ in street smarts and common sense. Professionally, he was a painter/construction journeyman for Johnson & Turner in Stanton, California, for 33 years. He retired in 1996. He was a member of the International union of Painters and Allied Trades (IUPAT).

David loved fishing, camping, and winning at casinos. He will be remembered for his favorite sayings, including “Be good or don’t get caught,” “Never let your bills be higher than minimum wage can pay,” and “Hard workers can always find a better boss.”  He was well loved by all who met him. His generosity was contagious.

Memorial donations may be made to City of Hope Treatment and Research, 1500 East Duarte Road, Duarte, CA 91010.

To send flowers to the family or plant a tree in memory of David Hanks, please visit Tribute Store