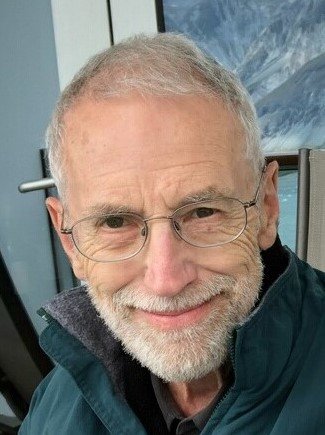 Michael Alan Clocksin of Olympia, Washington, passed September 19, 2020, at the age of 80.

Mike was born in Port Angeles, Washington, on November 12, 1939, to Vernita and Bill Clocksin. He was joined four years later by brother Don, and 12 years after that by sister Teresa. Mike attended school in Port Angeles and Aberdeen before graduating from Hoquiam High School in 1958. Mike then attended the University of Washington, where he graduated in 1965 with a degree in Construction Management. He went on to serve in the Marine Corps reserves. He was extremely proud of his alma mater and his military service.

In true Clocksin tradition, Mike and his family moved frequently from job to job and city to city. Starting out in Richmond Beach, Washington, Mike lived in Tin City, Alaska; North Pole, Alaska; Seattle, Washington; Port Angeles, Washington; Bremerton, Washington; Princeville, Kauai; Kaneohe, Oahu; and Salem, Oregon, before finally settling in Graham, Washington, and then in Olympia to be near his father and siblings. Along the way, Mike added daughter Kristin to his family in 1969 and son Peter “Pete” in 1972, who became his priority.

Mike enjoyed a successful and challenging 27-year career managing commercial and government construction projects for Peter Kiewit & Sons construction company. His projects ranged from those famous circular-ramp parking garages at SeaTac Airport to military and school buildings in Alaska. Other projects include work at the Bremerton Ship Yard; the remodel of a historic courthouse and construction of a new jail in Port Angeles, Washington; a resort in Princeville on Kauai, Hawaii; the InterIsland Terminal at Honolulu International Airport; and a solid waste facility in Salem, Oregon.

“Could I have this dance for the rest of my life?”  Mike met the love of his life, Ann Corinne Goer (neé Liukko), at his 44th high school reunion and later married her on December 14, 2002. Their 18 years together were filled with travel to Tahiti, Africa, and several cruises in Europe. Mike’s favorite trips were from Paris to Normandy, where they visited the site of the WWII D-Day Allied landing. Mike and Ann loved dancing, long walks, eating out, and playing board games.

Mike remained calm and loving during his last six years, while struggling with dementia. He and Ann were able to eat out, take road trips to Ocean Crest and Westport, and take a cruise to Alaska. Last October, they attended Ann’s brother’s Celebration of Life near Lake Quinault. Mike also enjoyed holiday dinners with family. Ann looks back with fondness at these special experiences and feels blessed that she and Mike had this time together. Mike’s caregiver, Derik Gamez, provided essential support for most of these activities and became part of the family.

Mike’s passion was supporting University of Washington Husky athletics. He was a husky football season ticket holder for 52 years, during which he attended home, away, and bowl games. With four tickets to every home football game, he enjoyed sharing game days with friends and family, whom he would bring as his guests. One of his fondest memories was attending the 1992 Rose Bowl with his cousin, Darryl Zentner, where the Huskies won 34-14. As a proud UW alumnus, Mike generously supported Husky athletics as a Tyee Club member and annual donor. His gifts will continue to support Husky athletes well into the future.

Throughout his life, Mike showed us all how to “Get ‘er Done!” by keeping his hands and mind busy. He carved beautiful waterfowl decoys, kept a tidy workshop, and always approached a project with determination and creativity. He designed and built houses, furniture, gazeboes and greenhouses. He was a detailed planner in life and at work. He planned his estate to the finest detail.

At his request, there will be no service. Condolences may be left on a special website honoring Mike at https://michaelalanclocksin.blogspot.com/. Condolences may also be mailed to the family home. The family would like to thank Assured Hospice in Olympia for their support during Mike’s final days.

And now, the end is near
And so I face the final curtain
My friend, I'll say it clear
I'll state my case, of which I'm certain
I've lived a life that's full
I traveled each and every highway
And more, much more than this, I did it my way

Regrets, I've had a few
But then again, too few to mention
I did what I had to do
And saw it through without exception
I planned each charted course
Each careful step along the byway
And more, much more than this, I did it my way

Yes, there were times, I'm sure you knew
When I bit off more than I could chew
But through it all, when there was doubt
I ate it up and spit it out
I faced it all and I stood tall and did it my way

I've loved, I've laughed and cried
I've had my fill, my share of losing
And now, as tears subside
I find it all so amusing
To think I did all that
And may I say, not in a shy way
Oh no, oh no not me, I did it my way

For what is a man, what has he got?
If not himself, then he has naught
To say the things he truly feels
And not the words of one who kneels
The record shows
I took the blows
And did it my way

"My Way" is a song popularized in 1969 by Frank Sinatra set to the music of the French song "Comme d'habitude" composed and written by French songwriters Claude François and Jacques Revaux, performed in 1967 by Claude François. Its English lyrics were written by Paul Anka and are unrelated to the original French song.

To send flowers to the family or plant a tree in memory of Michael Clocksin, please visit Tribute Store