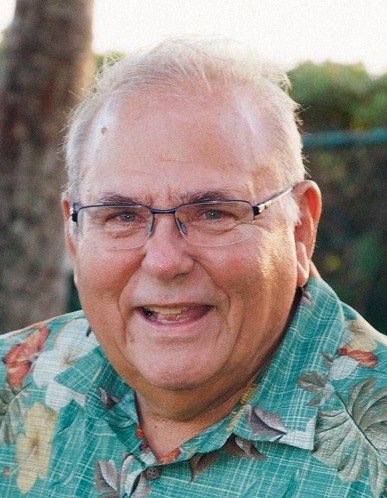 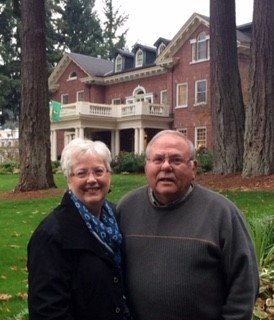 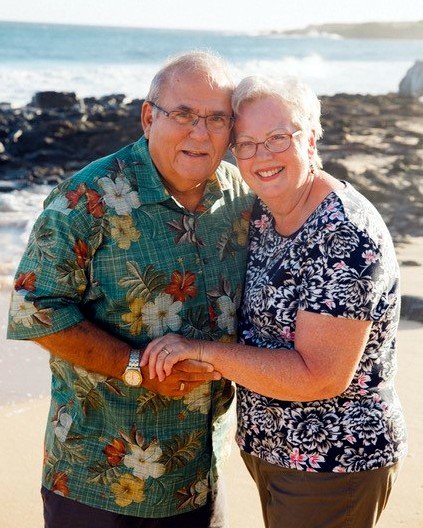 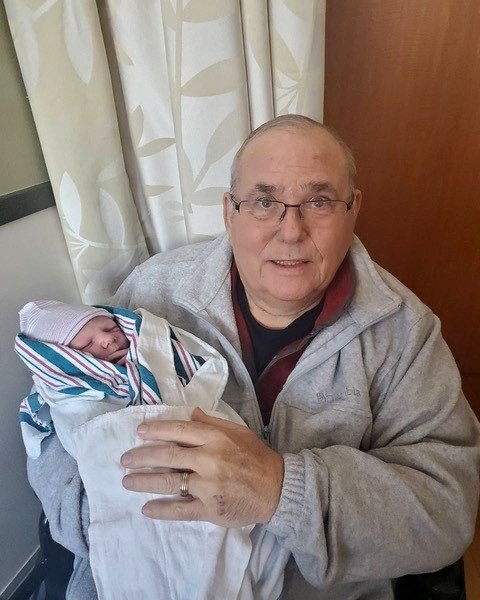 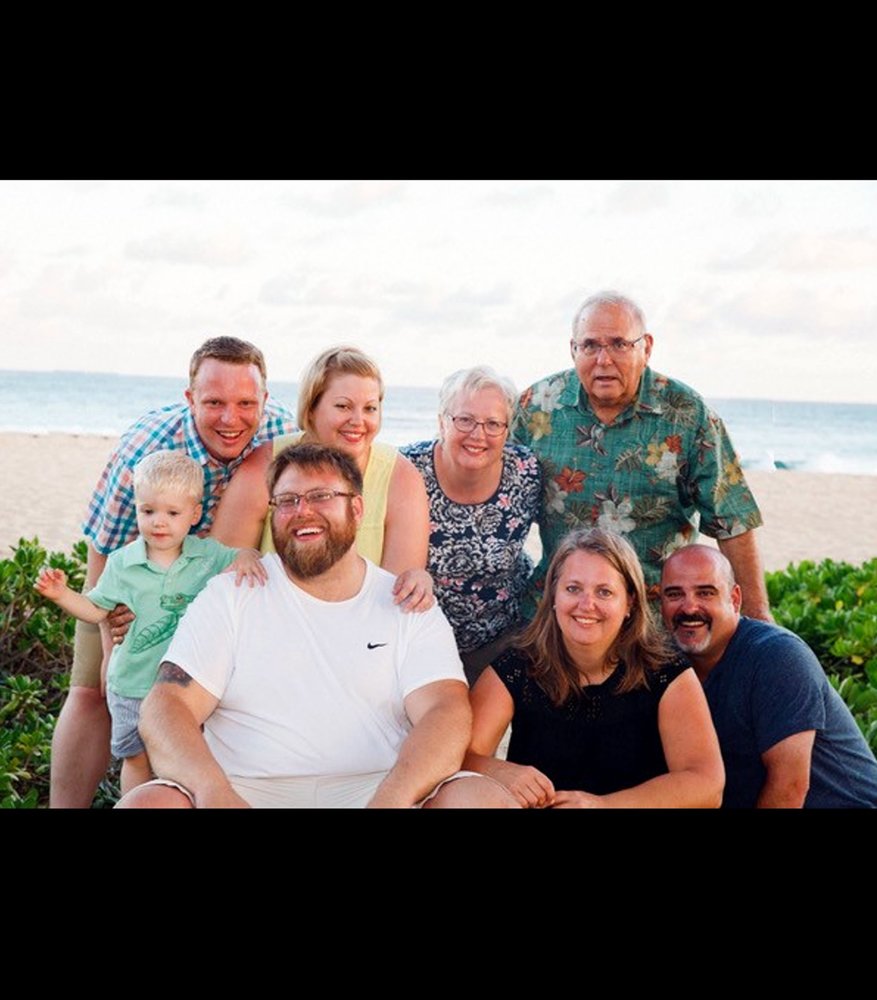 On September 12, 2020, Russell Vernon Carstensen, loving husband and father, passed away at the age of 78 from the effects of Alzheimers.

Russ was born on March 11, 1942, in Olympia, Washington, a city that became the backdrop for many childhood adventures, and later for community service projects, all of which wove their way into stories and life lessons that he shared with anyone who would listen.

Russ was industrious from the start. At nine years old, he held a newspaper delivery route in downtown Olympia with his brother Bill. Russ kept at it for five years, which was due in part to the fact that there was a donut shop along the route. He never could pass up a fresh maple bar.

At 14, Russ graduated from delivering papers to shining shoes in a shoe repair shop. In high school, he became the dishwasher in a restaurant, then moved up to night-shift fry cook, which he worked at until he graduated from high school in 1960 and went into the Navy. He was assigned to Naval Electronics School and, once completed, spent the next few years aboard the USS Terrell County (LST 1157) with a home port at Yokosuka, Japan.

In 1963, when he was 21, Russ was honorably discharged from the Navy. He returned home to Olympia where he worked in the Lacey Plywood Mill and attended Centralia Community College. Before he transferred to the University of Washington to complete his engineering degree, he met the love of his life, Arlene Fagerness.

Russ and Arlene married in 1966 and moved to Seattle so he could finish college. He graduated in 1968 with a Bachelor of Science in Electrical Engineering and accepted a position at Puget Sound Naval Shipyard as a radar systems installation design engineer, and they moved to Bremerton, where their oldest daughter, Dianne, was born.

Russ’s career took him from Bremerton to Fairfax, Virginia, near Washington, D.C., where he held various positions as a government contractor for Electromagnetic Technology, Inc. and Sentel Corporation, and as a civilian working for the Department of the Navy. His two youngest children, Lindsey and Peter, were born in Fairfax, where life was busy at work and at home.

Russ “retired” several times between 1993 and 1997, but he couldn’t quite get the hang of it. After his 1997 retirement, he became more serious about actually not having a job, and he and Arlene moved the family back to Olympia, where they purchased and renovated his parents’ home, which had been built by his grandfather in 1923. (Surprise! The project turned out to be much like having a job.)

Russ had big plans for how he would spend his retirement years. He dreamed of buying a Harley and riding down the Pacific Coast Highway in a leather jacket with Arlene on the back of his bike. That vision never quite materialized since it turned out Arlene deemed motorcycles inappropriate for a man with young children. Instead, he pursued his second dream of becoming a great banjo player; however, he soon discovered that learning an instrument meant playing the same thing over and over again (some of us call that practicing) and he decided he didn’t really enjoy repetitive tasks. Funny from a man who read two newspapers from front to back every day of his adult life.

In retirement, Russ took on a new role of dedicated volunteer. He became involved with the South Sound Maritime Heritage Association, the sponsor of the annual Olympia Harbor Days festival. He joined the Olympia Kiwanis Club and took an interest in all their good works, including the garden, which provided fresh produce to area food banks. He served on the board of Homes First, an organization dedicated to safe, healthy, and affordable housing to those in need, and briefly served as the Executive Director of the Volunteer Center for Lewis, Mason, and Thurston Counties.

While Russ worked hard, he was also devoted to his family. He always jokingly said that, if he did his job right, his children would grow up, move out, and wouldn’t need him around anymore. It appeared that he did his job right, but his children really enjoyed his company, so they kept coming back to visit. That gave him the chance to continue to advise them on lessons he had learned in life, which he thought they should probably pass on to his grandchildren.

From his mother, Russ learned the value of a contract. From cleaning his room to mowing the lawn to buying a car to going to college, every next-step in Russ’s life had a contract attached as a way to set goals, communicate expectations, and understand consequences. While he probably could have made millions by turning this system into a self-help revolution, he was satisfied to pass the tradition on to his children.

Other nuggets of wisdom that Russ shared with his children and anyone else who might listen: your mother and I don’t need to know what you do at college; parmesan smells like stinky feet, and you wouldn’t eat stinky feet; ketchup makes everything taste better; it’s a waste of time to watch a movie more than once, but if you do it standing up as if you’re going to walk away at any moment, you can get away with it; pfeffernusse just need a month or so to soften up; Weight Watchers never should have strayed from the fat and fiber plan; you never have to tell anyone who you voted for - that’s private; if you’re at Cloverleaf Pizza, you have to order the Monster or you’ve wasted your time.

For his sense of humor, his love of family, his persistent optimism, and his heartfelt desire to make life better for all, Russ will be deeply missed.

Russ was preceded in death by his father, Ernst; his mother, Alberta; and his son, Alan Russell. He is survived by his wife, Arlene; his brothers, Ernst (Chicago, Illinois) and William (Casa Grande, Arizona); his sister, Doris Gilgan (Lacey, Washington); his three children, Dianne Rose (Kurt), Lindsey Soderquist (Jeff), and Peter (Natasha); and his grandchildren, Kamron, Julia, Russell, Riley, and Jameson.

A memorial service for Russ will be held sometime in the post-pandemic future when friends and family can freely come together to honor his well-lived life. In lieu of flowers, donations may be made to the Olympia Kiwanis Club; Homes First of Lacey, Washington; or to your favorite charity.

To send flowers to the family or plant a tree in memory of Russell Carstensen, please visit Tribute Store

Share Your Memory of
Russell
Upload Your Memory View All Memories
Be the first to upload a memory!
Share A Memory
Send Flowers