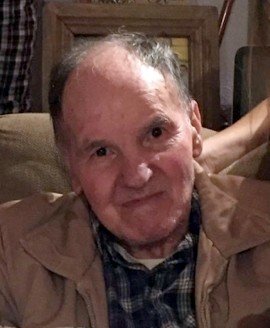 Arthur Junior “Dewey” Ritter was born November 7, 1930, to Arthur R. and Margarett A. (Johnson) Ritter in Rainier, Washington. He died early July 22, 2020, at his home in Olympia, Washington, cared for by his daughters, Katheryn, Sharron and Maleia.

Dewey was raised in Rainier, Washington, with his brother, Calvin, and sisters, Deleane Thompson, Juanita Baldwin and Glendia Lazelle.

Dewey served in the U.S. Army during the Korean War and was stationed in Whittier, Alaska.

He worked in civil service at Fort Lewis, Washington, retiring in 1990. He then worked for the City of Olympia for another 10 years.

He enjoyed hunting and raised, showed and judged English Bulldogs for nearly 50 years.

To send flowers to the family or plant a tree in memory of Arthur Ritter, please visit Tribute Store

Share Your Memory of
Arthur
Upload Your Memory View All Memories
Be the first to upload a memory!
Share A Memory
Send Flowers