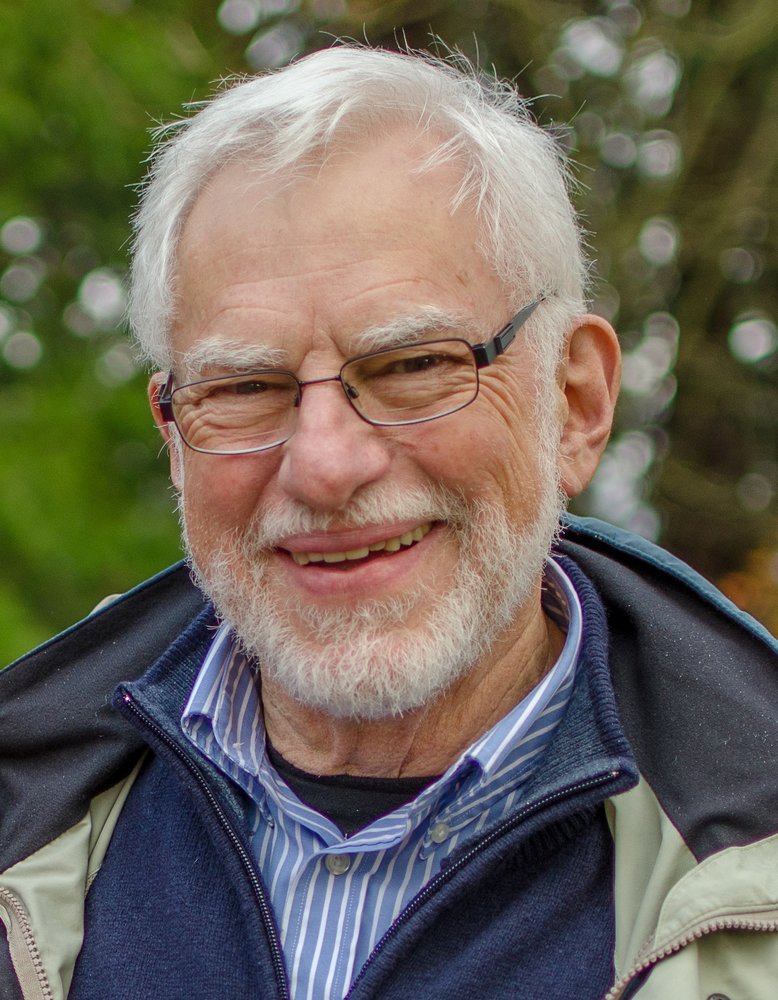 Longtime villager Roger Lloyd Cranos, most recently of Olympia, Washington, passed away peacefully and surrounded by his family on Wednesday, June 3, 2020, after a brief reoccurence of prostate cancer. He was two months shy of his 80th birthday.

Roger was born on August 7, 1940, in Reading, Pennsylvania, the third of four sons of Chris and Florence Cranos. His father, born Christos Kocranos, immigrated to the United States by himself at age 14 to escape poverty and civil unrest in Greece. Chris met Florence Lloyd while they were both working at a resort in Bermuda. They moved back to her hometown of Reading, Pennsylvania, at the beginning of the Depression. There Chris worked as a server and maitre d’ at a restaurant and Florence worked at a bakery.

Roger had fond memories of growing up with his brothers, John, James, and  David, in a row house with a vibrant life lived on sidewalks and front porches.  He attended Albright College in Reading, where he developed his love of literature and physics. He worked at the same restaurant as his dad throughout high school and college, and after graduating with a degree in physics, Roger joined the Air Force where he would become a research scientist.

Stationed at Wright Patterson Air Force Base in his 20s, he was thrilled to discover Yellow Springs, rich in the arts and progressive politics that he loved, where he lived most of the rest of his life. In Yellow Springs, Roger married his college sweetheart, Carol Conway, who moved to Yellow Springs and helped launched the first Women’s Center at Antioch College. The couple had a child, Letitia, and moved into the Livermore Street home where Roger would live for more than 40 years.  Following a divorce several years later, Roger married Diane Chiddister with whom he had a second daughter, Hallie.

Roger obtained a master’s degree in Atmospheric Sciences from New Mexico State University and completed additional graduate work at Ohio State University. He worked in combat identification at WPAFB for 30 years, rising to the highest civilian position. In the 1960s, as a First Lieutenant in the Air Force, he oversaw the installation of an observatory and telescope at John Bryan Park as part of a research program in celestial guidance of navigation systems. After retiring from the Air Force in 1999, he worked as a consultant for another decade.

Roger was a dedicated community volunteer. During his graduate years, he taught physics in a prison. In Yellow Springs, he served on the boards of the Glen Helen Association and Chamber Music Yellow Springs, and  passionately supported these and other local nonprofits, including Tecumseh Land Trust and Home, Inc. For years, he was a driving force behind the Chamber Music Yellow Springs Tennis Tournament. In his retirement, he volunteered as a driver at the Senior Center.

Roger was an avid volleyball and tennis player, a passionate Steelers’ fan, and a founding member of the Rectangular Table of Elder Wisom at the Yellow Springs Emporium.  He loved the natural world, science, literature, classical music, Rachel Maddow, all things Yellow Springs, and the moon and the stars. Most of all, he cherished being with his daughters and grandchildren.

Roger loved to travel; work and fun trips took him to the UK, Israel, Italy, Belgium, Spain, France, Turkey, Peru, Hawaii, and more. He often said his  favorite trip was with his daughters to his father’s mountain village in Greece, where he met and was welcomed by his father’s extended family.

Roger moved to Olympia, Washington, with his two cats, Red and Shadow, in December, 2018, to be closer to his daughters as he struggled with dementia. During the 18 months he lived in Olympia, he enjoyed daily visits and outings with his family. He relished attending recitals, choir concerts, soccer games, and school assemblies, as well as weekly movie nights with his grandchildren and performances of the local symphony orchestra.

He is survived by his daughters, Letitia Conway-Cranos (Morgan Bond) and Hallie Cranos (Andy Tilton), both of Olympia; and his grandchildren, Melina and Elliott Bond. He is also survived by his brother, Jim Cranos (Ingrid Cranos) of Venice, Florida; sisters-in-law, Mary Letitia Murray (Stewart Murray) of Forres, Scotland, and Patricia Conway of Philadelphia; many beloved nieces and nephews who are spread across the country; and his ex-wife, Diane Chiddister of Yellow Springs, Ohio.

Roger is already missed by his family and friends. He will be remembered for his deep love of his family, his brilliant and ironic wit, his generosity, his devotion to his animals, and his sense of wonder for the world.

Donations in his memory may be made to the Save the Glen Fund through the Yellow Springs Community Foundation.

A memorial service will be held in Yellow Springs in the summer of 2021.  Meanwhile, Roger’s family has created a website, www.forevermissed.com/roger-cranos to share memories, stories and pictures of him until then.

To send flowers to the family or plant a tree in memory of Roger Cranos, please visit Tribute Store