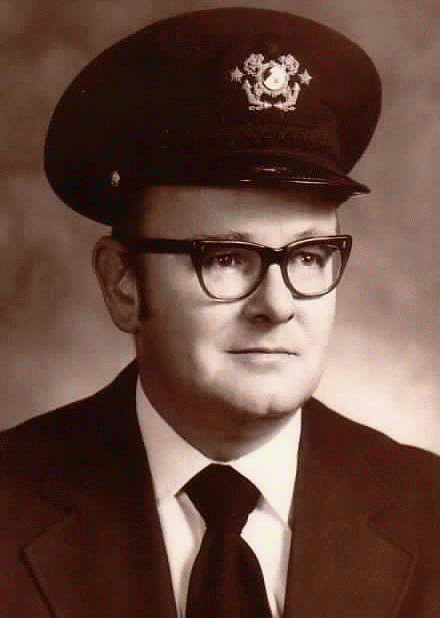 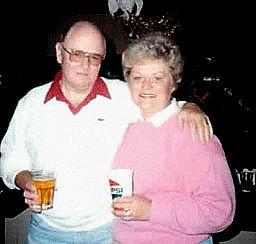 “What Hath God Wrought?” cried Francis and Marjorie Cunningham that Christmas Day in 1931 as Little Jimmy first peered into the bleak Seattle dawn. Things marched steadily downhill ever since, and What God Had Wrought was stamped “Return to Sender” when he departed this lovely blue-green planet on April 21, 2020.

Jim attended St. Joseph’s Catholic School in Seattle, where he was straightened out on many occasions by the good Sisters. He played the sticks in the Rhythm Band, and with great diligence advanced all the way to triangle. He sang in the Boys’ Choir and participated in every class play the school put on, mainly because Mom was a pretty good costume maker. He forgot every single note of “Für Elise” at a recital following two years of intermittent piano lessons. He left St. Joseph’s with a record of 0-4-1 in playground fights. But for divine intervention in a post-school dispute with the pride of Holy Names Academy, his record would have been 0-5.

When he later entered the Edmonds school system, the straightening out process took on a more serious flavor; it took a while to get up off the floor after being whacked by the shop teacher. He played a few sports (not very well) and “done purty good” in schoolwork. After graduation, he matriculated at Seattle University. While he never flunked out of SU, one particularly playful quarter his grade point was 0.5, which attracted the attention of the Dean. In spite of this, the faculty and staff at SU must have liked him, because when the day finally came for him to graduate, they gathered around laughing and applauding. The Dean even leaped into the air and clicked his heels, and although his enthusiasm was sincerely appreciated, it was perhaps a bit excessive and maybe even a bit dangerous for a man of his age and configuration.

With an undergraduate degree in Political Science and a dime, Jim could buy a cup of coffee, so disregarding Father Walter’s stern counsel, he matriculated at the University of Washington School of Law. His academic achievements in law school were legendary. In fact, they included a somewhat terse letter from the Dean suggesting that maybe he would really be happier following some other career path, or, to be more precise, any other career path. He appreciated the Dean’s thoughtful concern, but decided to keep on. The result was that in 1957 he received his law degree and passed the bar exam at the first opportunity. He then migrated to Olympia, and practiced in the private and public sectors (mainly public, with the Office of the Attorney General) for a whole bunch of years, specializing in utility and transportation law. He relished almost every minute of it, as this diverse practice involved the full gamut of state and federal courts (except, alas, the Supreme Court of the United States). In 2007, with 50 years of honorable and ethical practice of law, he was accorded honorary membership in the Washington State Bar Association. With that and three dollars, he can now buy a cup of coffee. Who says there no such thing as progress?

Jim and Barbara Jean Snodgrass Cunningham (now deceased, may God bless her and keep her) produced three wonderful children, Richard Cunningham, who tragically predeceased him, Mary Cunningham, and Julie Cunningham. By way of a most fortuitous connection with Ann Elizabeth Latham Cunningham, they were later joined by two more wonderful kids and (later) in-laws, Ken Latham (and Susan) and Karen Latham Hagen (and Paul). Numerous grandchildren and great-grandchildren have joined the family, bringing more joy than could ever have been imagined.

Jim was a devoted boater for a number of years, racing the Swiftsure twice, (the second time because he had forgotten how awful it was the first time), and was Commodore of the Olympia Yacht Club in 1975. For many years, he indulged in community service through Tumwater Rotary, and as a frequent volunteer at the Centennial Station and the Puget Sound Blood Center. He was active at St. Michael Parish in Olympia, where he served as a liturgical minister, lector, and part-time van driver for those more infirm than he. He always had a fondness for the performing arts, the highlight being an unforgettable two-night stand at The Met (albeit in the chorus), and his love of singing was fully satisfied with a most rewarding membership in the Olympia Choral Society. He also constructed what he called the “Kissacow Songbook” consisting of 280 some songs that he had learned over the years but sang only in the shower.

In 1990, he ran almost totally out of ambition, semi-retiring from law practice, although he kept his license intact and did specialty utility work from time to time. He even taught law to paralegals at the community college level for about nine years. In the interim, he was taking his expanding waistline and golf handicap to Palm Desert every winter, while mixing in occasional trips to faraway places and cruises to various exotic destinations.

No flowers, please. They are so temporary. At this point, any organ even remotely useful to others (i.e., not totally worn out) has been donated, and consistent with his wishes, disposal of the rest, residue, and remainder is private. However, since it was contrary to his nature to take anything seriously, friends and relations who contributed so mightily to the ease and joy of his trek down life’s path, may anticipate a large gathering in the near future. As every good Scotsman knows, the mists rising from Duggan’s Dew o’ Kirkintilloch have brought about many an ectoplasmic manifestation. Who’s to say that those same mists might not inspire the return (albeit briefly) of the newly installed cosmic Earl of Glencairn and his ancient Scottish ancestors?

Be that as it may, as he exchanges this sphere for another, Jim’s last message is for his beloved Annie. Please do not mourn me. You have given me a wonderful life – live yours to the fullest in the knowledge that I await you with a single malt scotch, saucered and blowed, in a place far better than this. May God bless you and kids, grandkids, great grandkids, and all their issue to a thousand generations. ‘Til we meet again, love to all from Little Jimmy.

To send flowers to the family or plant a tree in memory of James Cunningham, please visit Tribute Store