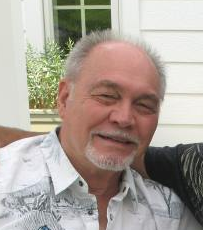 Louis Robert Asbach, 79, passed away on Sunday, February 9, 2020.  Born in Argonne, Wisconsin, on May 30, 1940, to Gordon and Besse Asbach, he moved to Washington state when he was a child.  He graduated from North Thurston High School in 1958 and met and married the love of his life, Dawn Rochelle Hough (Brown), in September 1961.

Louis was retired from the Operating Engineers Union and enjoyed the outdoors, mechanics, PC gaming, and visiting friends and family.  He was well-known and loved in East Olympia and always brought a smile to everyone he met.  He was unconditionally selfless, always willing to give the shirt off his back for anyone in need.  Louis had a love for the Lord and made it a priority in his life to share scripture with anyone who would listen.  We are certain that he was greeted in heaven with, “Well done, my good and faithful servant."

He is survived by his sons, Michael Troy Asbach (Karina) of East Olympia, Washington, and Gordon Jesse Asbach (Linda) of Houston, Texas; brothers, Jerry (Judy), Donald (Sandy) and Thomas (Julie) Asbach; six grandchildren; and nine great grandchildren.  He was preceded in death by his parents, his wife, and two siblings.

A celebration of life will be held in the spring and will be announced on his Facebook page.

To send flowers to the family or plant a tree in memory of Louis Asbach, please visit Tribute Store

Share Your Memory of
Louis
Upload Your Memory View All Memories
Be the first to upload a memory!
Share A Memory
Send Flowers