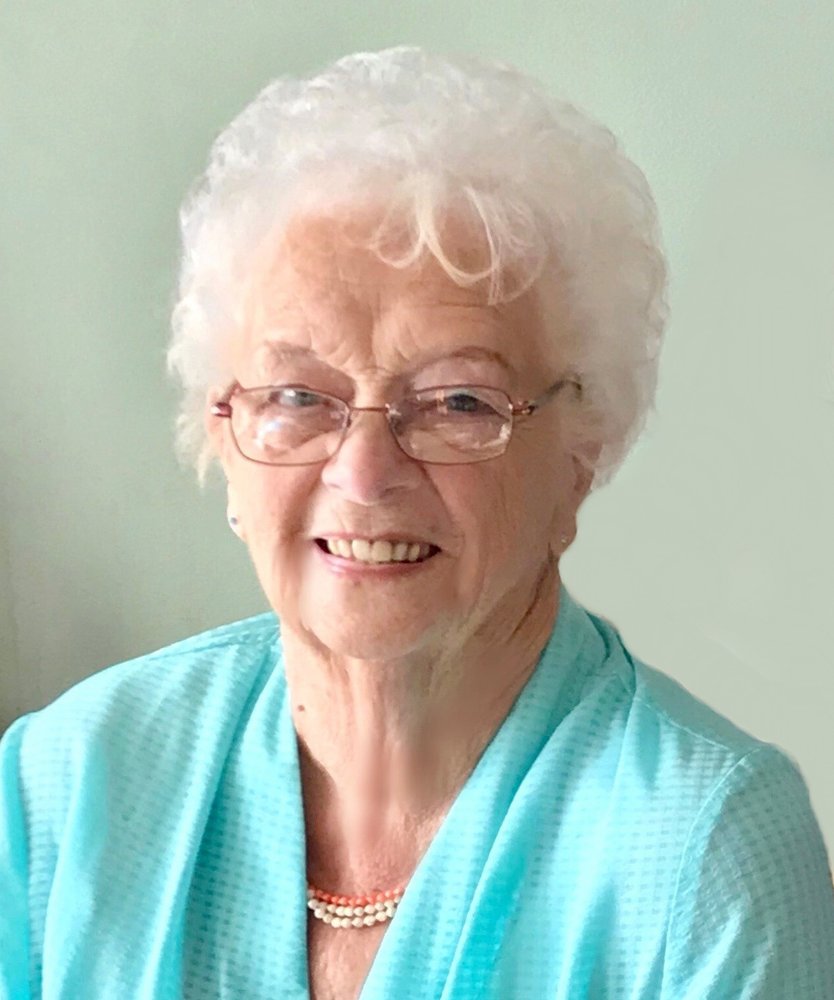 Helen was born on October 25, 1924, to Peter and Elise Riedesel near the small town of Buffalo, Oklahoma. That part of the U.S. was known as the “Dust Bowl.”  Because of the drought and the dust storms, their family of six packed up all their worldly goods and moved to Washington State in 1936. This was the family’s home in Chehalis for many years, with the exception of one year in a two-room school house called Burnt Ridge. Helen attended and graduated from the Chehalis schools. The day after graduation, she started work at Coffman-Dobson Bank in Chehalis and worked there the following 12 years.

In 1947, Helen met and married Don Knoechel. In 1954, Chris Anne was born. In the 1960s, Helen went to work for the Superintendent’s office in the Lewis Country Court House. She later became supervisor of the audio-visual department for the Intermediate School District #113. There she worked for the following 13 years. Helen loved antiques. She often said it was a “disease.” In the 1970s, she realized her dream of opening her antique shop. She called it Newaukum Homestead.

Helen’s hobbies were antiques and oil painting. Her greatest joy was being with her family. She belonged to the Clara Armstrong Guild of Seattle Children Hospital for many years, the Chehalis Bowling League, Lewis County Glass Club, Chehalis Eagles Auxiliary, and was a Charter Member of the Lewis County Veterans Museum.

She was preceded in death by her husband of 47 years, Don, in 1994; her parents; her sister, Edna McCutchen; and her sister, Margaret DelZoppo. She leaves behind her brother, Peter Riedesel Jr., and his wife, Lorraine; her beloved daughter, Chris Anne Davis (Dan); three grandchildren, Amy Howlett (Randy), Matt Schieffer, Beth Henning (Casey); and great granddaughters, Alyssa and Hailey Howlett.

Helen passed away January 6, 2020 in Chehalis, Washington.  The family wishes to express gratitude to the staff and administrators of Woodland Village Memory Care and to Assured Home Hospice for the pleasant, compassionate care Helen received during her stay there.

A private service will be held at a later date.

To send flowers to the family or plant a tree in memory of Helen Knoechel, please visit Tribute Store

Share Your Memory of
Helen
Upload Your Memory View All Memories
Be the first to upload a memory!
Share A Memory
Send Flowers