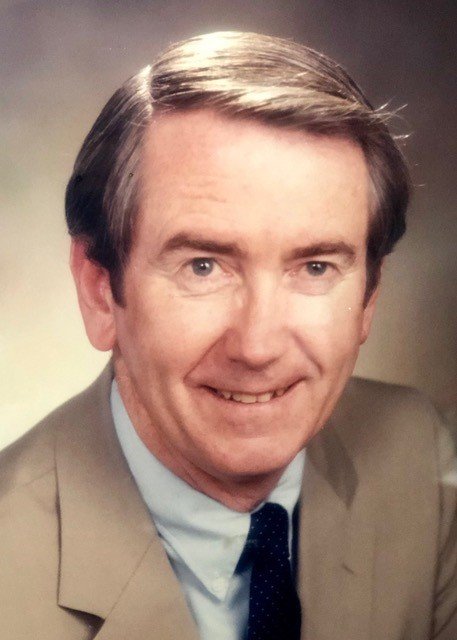 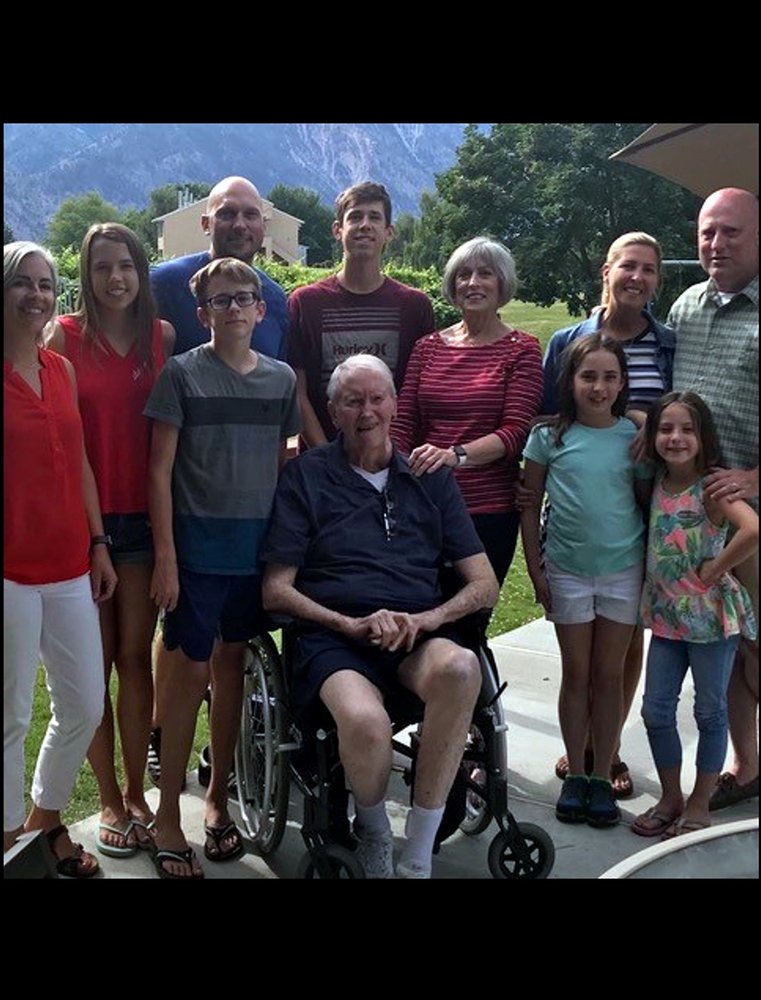 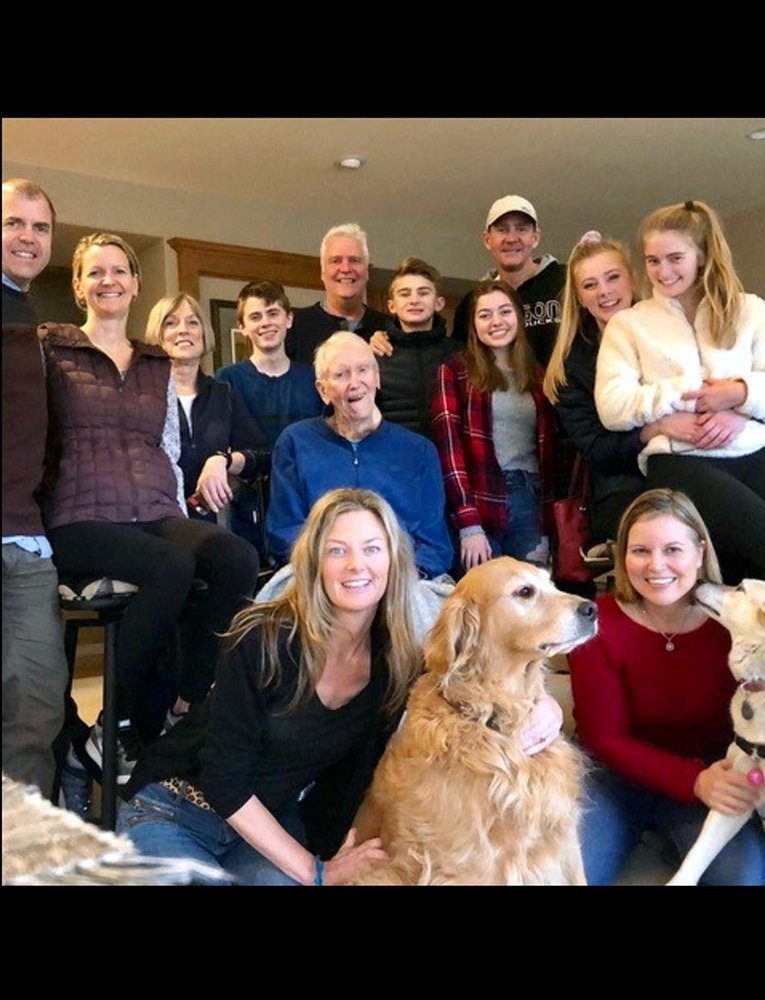 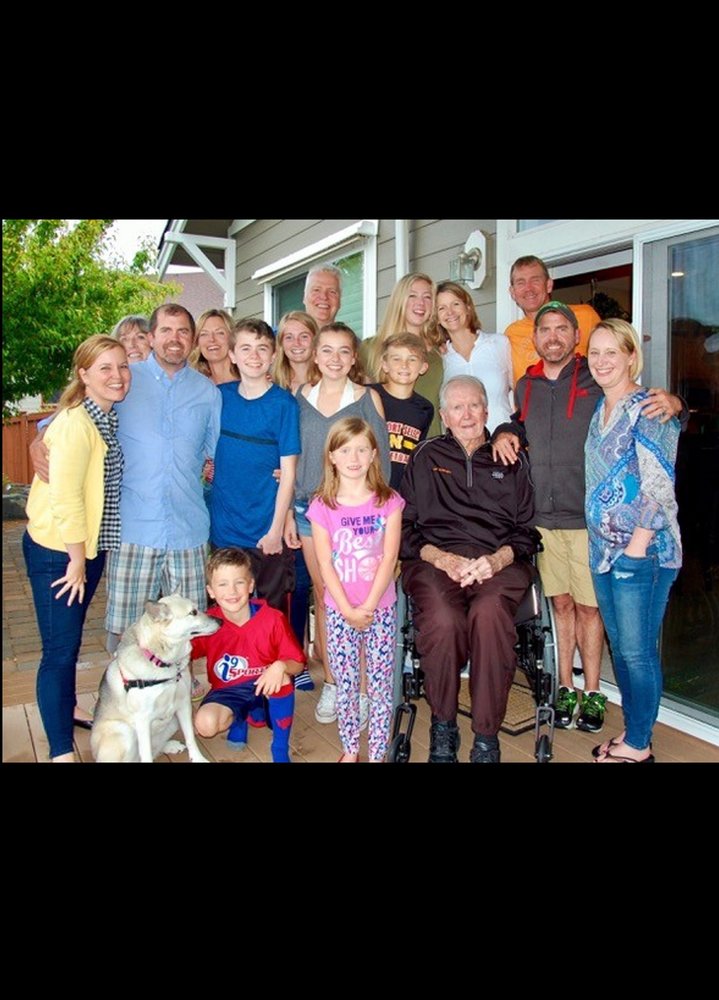 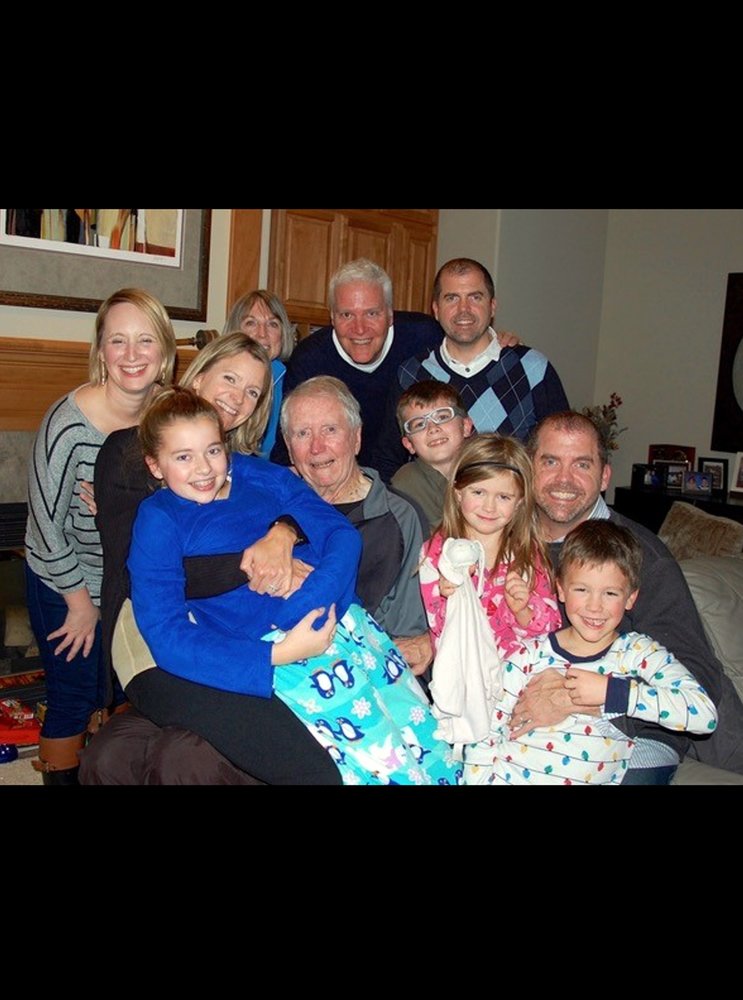 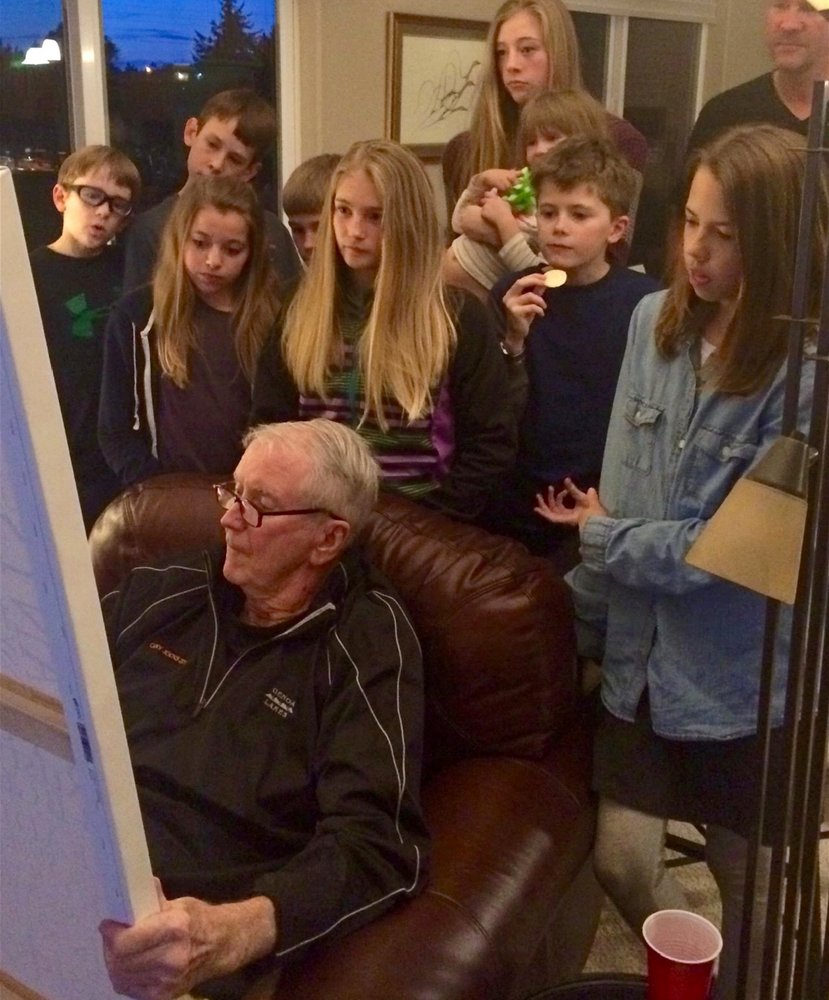 Richard “Dick” Sovde spent an amazing 84-plus years on this earth before passing on October 1, 2019, after battling Parkinson’s disease. He was born in March of 1935 in Burbank, California to Maureen (Carter) and Harold Browning. Harold died when Dick was an infant; Maureen remarried five years later to Henry Sovde, who adopted Dick and raised him as his own. In 1946, Dick and his parents moved to Jacksonville, Oregon, where he spent several years as a farm kid, shooting baskets at a homemade hoop, and playing baseball in the pasture.

To attend to his growing academic prowess, the family moved back to California for high school. After graduation, he enrolled at Occidental College on an academic scholarship. He also grew to his full height of “5-feet, 20-inches,” as he liked to say, while playing both baseball and basketball. As a sophomore, Dick played alongside Don Drysdale, Gene Mauch, Norm Sherry and Frank Sullivan, who all helped mold Dick into a pro-level ball player. Because of his athleticism, he finished his last two years at Occidental on an athletic scholarship. Dick is in the Oxy Hall of Fame as both a baseball and basketball player; his rebound record still stands.

In 1954, Dick earned a $6,000 (about $56,000 in current dollars) contract from the New York  Giants and started with their AAA team in Minneapolis, where he was called up to spring training twice. In the off-season, he went back to school to earn his BA in History and began graduate school.  Dick spent the next several years in the minor leagues, after having unfortunately torn a tendon in his pitching arm. He played in the Texas League, the Pacific Coast League and the Hawaii

After a few years of teaching high school history, coaching, and getting his master’s degree, he moved into administration in the Lake Tahoe School District. Moved by the call to serve, Dick joined the Peace Corps in 1966. While training in Washington, D.C., he met his wife, Esther “Ricky” Rickert of Plandome, New York. They were assigned the job of training Peace Corp volunteers in Liberia, Africa. It was a transformational experience for Dick, where he and Ricky were married and saw the birth of their first son, Russ, and where his lifetime dedication to education was sparked.

In 1968, he returned stateside to earn his doctorate at Harvard University and began his 40+ year career in education. In 1971, he moved from Harvard to Elk Grove, California, and then on to Beaverton, Oregon in 1974. During this time, Dick and Rickey saw the birth of their daughter,

Lindsay, and sons, Geoff and Doug. Dick lost Ricky to cancer in 1985. After a short stint as

Superintendent of Newberg (Oregon) School District, he accepted the position of Superintendent of Central Valley Schools in Spokane, Washington, where he met and married Barbara Williams. They moved to and eventually retired from the Puyallup School District in 2000. Dick continued his public service when he and Barbara moved to Sun City Anthem in Las Vegas. He worked with the University of Nevada to mentor future school administrators and advised the Homeowners Association Board of Directors and governance.

Kids and grandkids brought Dick and Barbara back to the Pacific Northwest in 2005. Dick got involved again with the community in his homeowners association, with the City of Lacey, spending six years on the Planning Commission, and four years on the Citizens Advisory Committee for Lacey Fire District Three. He also worked for the University of Washington’s Danforth Educational Leadership and Policy Studies program to mentor new school administrators.

While Dick continued to stay physically active throughout his life with golf, refereeing basketball, pulling his kids behind the boat, camping, and building innumerable decks and fences accompanied by a gaggle of family pets, he also enjoyed a nice coffee drink a good book, usually focusing on history, leadership, and politics.

Throughout his life, Dick’s top priority was always his family. In times of both joy and sorrow, he cared for them and put their welfare first. He is missed deeply by his children, Russ (Carrie),

A memorial service and ice cream social (his favorite dessert!) will be held on Friday, October 18, 2019, 2:00 p.m. at the Jubilee Lodge, 8487 Bainbridge Loop NE, Lacey, WA 98516. At your option, please wear your favorite ball cap and/or sports jersey to the celebration.

IN LIEU OF FLOWERS, the family requests a donation in Dick’s honor to the American Cancer Society or Providence SoundHomeCare and Hospice, 413 Lilly Road NE, Olympia, WA 98056.