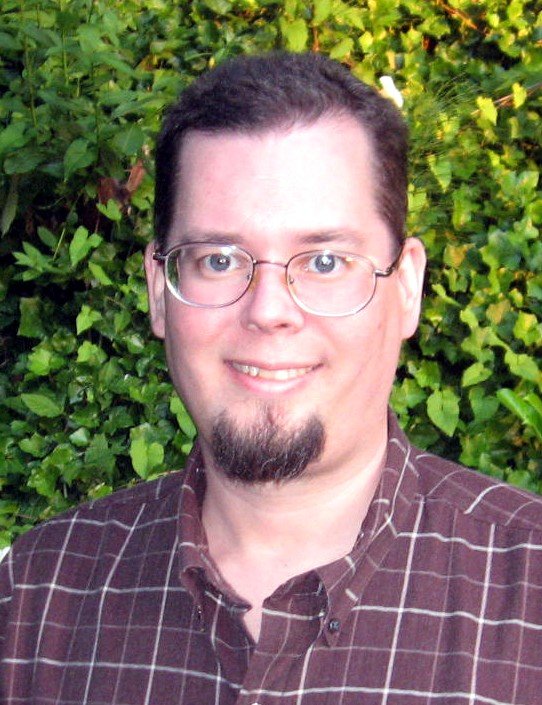 Michael Paul Johnson, 47, passed away August 28, 2019 in Rochester, Washington.  He was born July 3, 1972 in Olympia, Washington.  Mike attended Tumwater schools and graduated with honors from Tumwater High School in June 1991.  During his junior and senior years, he worked for the City of Olympia Surveying Department as a land surveying draftsman.

Mike received an Associate of Arts degree in 1993 from Ambassador University, after which he became a land surveying technician for several land surveying companies.  In 1998, he was employed by an engineering company and was promoted to the position of Design Engineer, specializing in transportation, which included traffic signalization, illumination and roadway design.  Since then, he continued this service, increasing his skill and ability while working for subsequent engineering firms, reaching the level of Senior Design Engineer at SCJ Alliance, Consulting Services.

Mike had a wide field of interests.  He enjoyed music, ranging from classical to heavy metal.  His reading varied from histories of ancient civilizations to quantum physics.  He enjoyed opportunities to camp out and enjoy kayaking.  He also enjoyed the pursuit of culinary creativity, gaining much knowledge of foods and trying out a variety of recipes.

Mike enjoyed family relationships.  He was a devoted uncle to his two nephews and one niece, spending time with them and providing instructional toys and books for them.  Mike was a caring and generous man.

He is survived by his parents, Gary and Nickie Johnson; brothers, Steve (Amy) and Daniel (Loveanna); nephews, Andrew and Aaron; niece, Summer; and numerous uncles, aunts, and cousins.

IN LIEU OF FLOWERS, please consider the Humane Society and First Responders and make a donation in Mike's name.  Mike was a devotee of both animals and of the people who respond to the urgent needs of those in difficulty.

To send flowers to the family of Michael Johnson, please visit Tribute Store