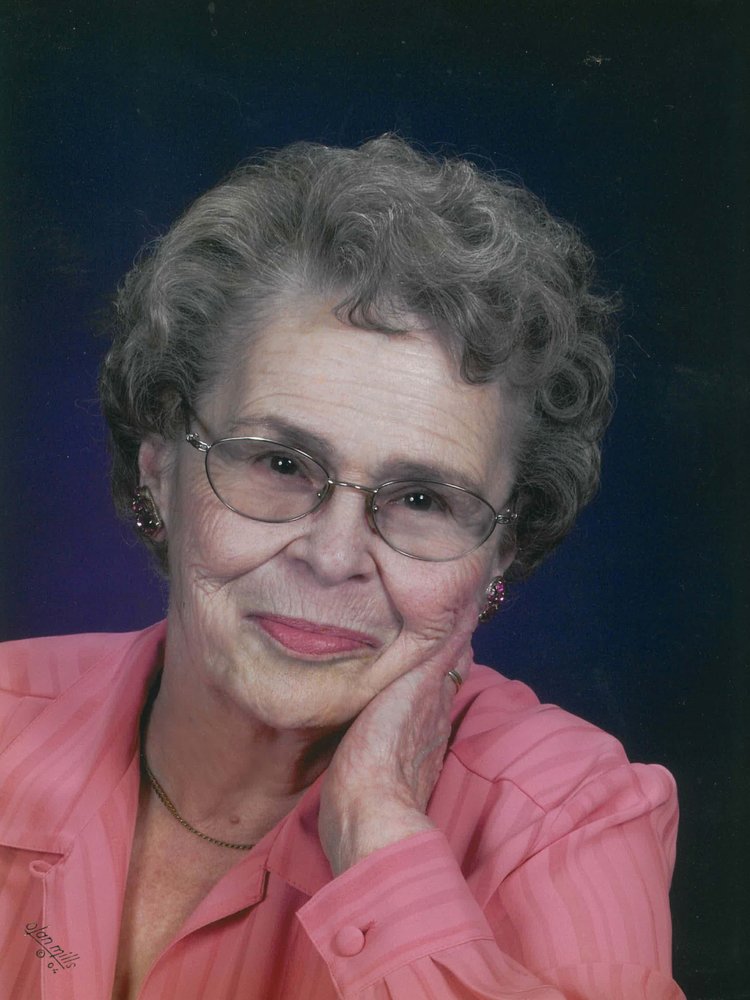 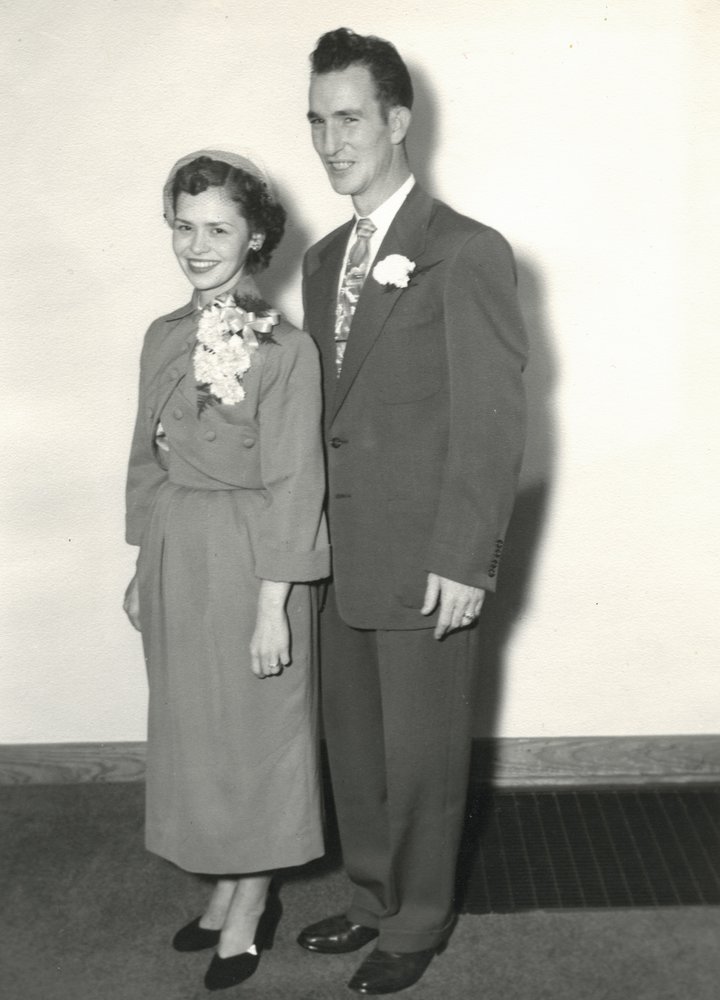 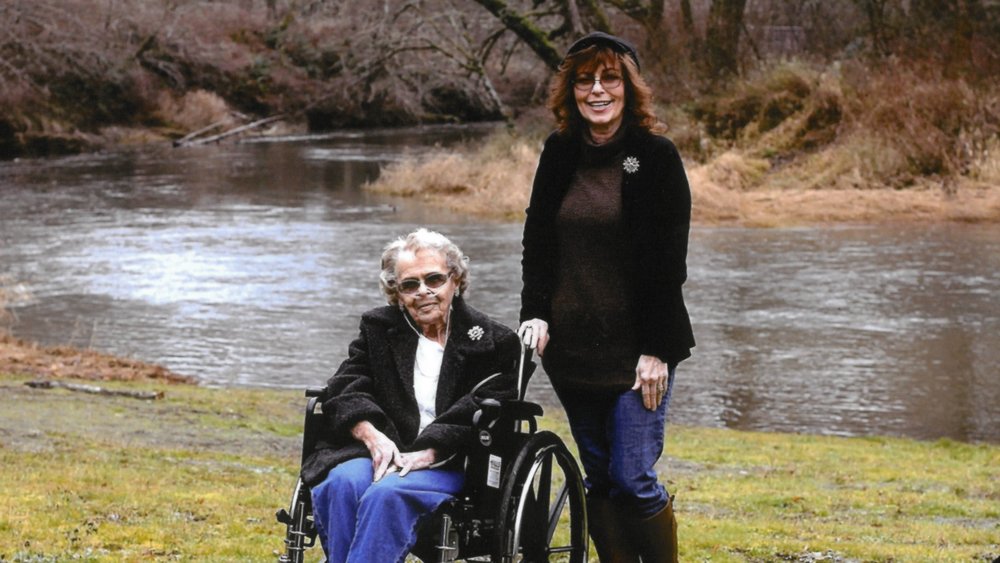 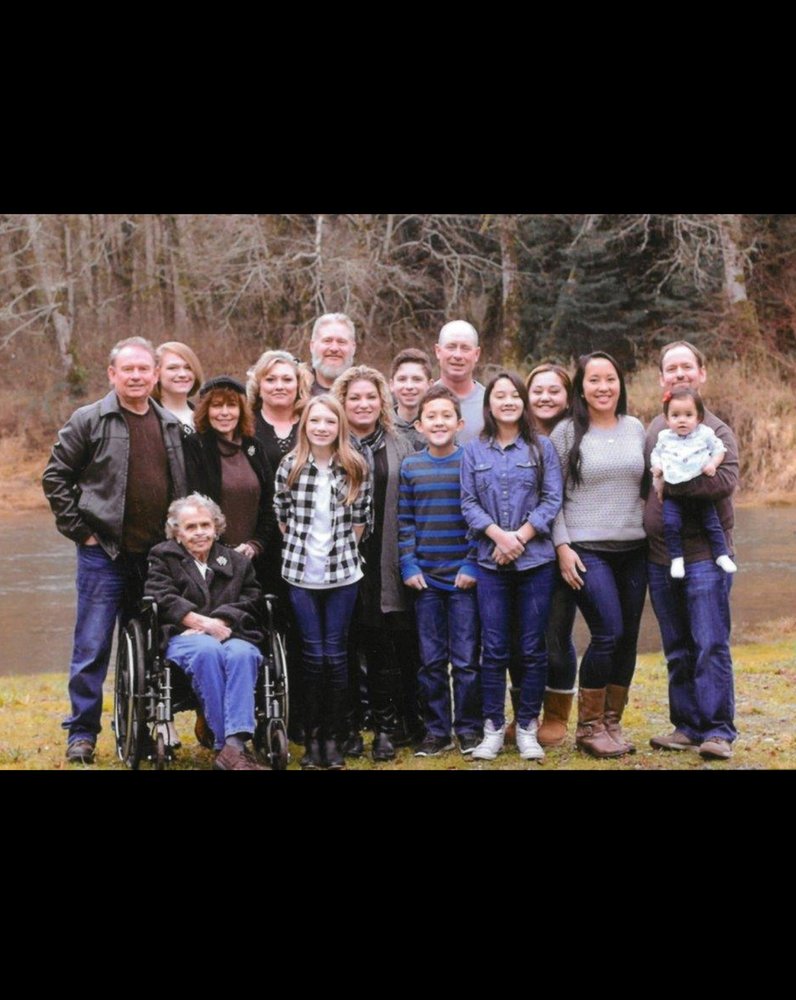 She married Verledene “Dean” Hughey on September 29, 1952. They were blessed with one child, Debra “Debbie.” Norma was preceded in death by her husband in 1984.

Norma grew up with a tight extended family. Her mom Grace, after finding herself a single mother, teamed up with her sister Bernie and son, Herbie. This household union made for many adventures with her cousin. Norma and her aunt Bernie were like two peas in a pod. They were known to frequent the Midnight Matinees together.

Norma grew up in the Depression era, but the children had no idea just how difficult  times were with the amount of love and laughter that surrounded them. Herbie was like a brother to her, and they enjoyed teasing each other as often as possible. One example was when Norma had been out shopping in town with her mother Grace. Norma found herself completely bored by the errands of the day and decided to walk home 10 blocks, by herself, without letting her mother know. Upon arriving home, Herbie chided her with "Aunt Gracie’s gonna get you!" Her mother arrived later with the police to find Norma blubbering on the front step. The cat and mouse antics continued throughout the years with Herbie and Norma. She would often have an exit plan prepared with a window propped open for a quick escape to the neighbors’ house until her mom returned home.

Norma was born a fighter with a strong will to live. She started her first year of life with an experimental intestinal surgery. This was the first of many hurdles on her journey to enjoying life. Around four years old, she was hit by a car while riding her tricycle in the alley. At age 19, she was thrown from a motorcycle, and was presumed dead. She survived the accident, but with a severe leg injury that would forever change her life.  This however, never changed her generous spirit and pleasant personality. She loved to dance. Even after her accident, she would hang up her crutches and go for a spin, supported by Dean. She enjoyed fashion and working at Montgomery Ward. Even if she was not working, her good friend knew to set the trendiest items in Norma's size aside for her before it even hit the sales floor.

In the early 50s, Dean and Norma moved to Washington State, along with a large portion of the Hughey family. This included Dean’s parents, brothers and their wives with whom Norma grew in friendship with over the years. Norma’s mother later moved to Washington to join them as well. With so many aunts, uncles and cousins living within walking distance, they enjoyed family gatherings and dinners. Over the years, the neighborhood was aptly referred to as "Hugheyville" by Norma.

Norma, with daughter Debbie in tow, spent many years picking strawberries and blueberries to earn extra money and to enjoy the socializing. Later on, Norma looked forward to working at the local Election Board every year and helping out with the Women’s Auxiliary for the Grand Mound Fire Department that her husband and brothers-in-law volunteered for.

Norma knew how to have fun. She and Dean enjoyed cat-fishing trips that went into the early morning hours. This at times had Norma's mother worried sick that they had surely drowned. In her later days, she was always keeping an eye out for trouble through her kitchen window. Even though Norma was a huge animal lover, she sometimes caught the neighborhood dogs chasing her beloved cats. So, with a quick draw of her handy sling-shot, that problem was remedied! Her entire family knew that Norma was as good as the local weatherman. Many times, they would avoid the news altogether and instead call Norma to check in and discuss the barometer and temperature.

At an early age, she accepted the Lord and grew her faith at a local church. Later on, the family became active members of The First Presbyterian Church, currently known as Harrison Square Presbyterian Church in Centralia. She continued to attend church as often as her health would allow, up until her passing.

Norma Hughey passed away at home on July 23, 2019. Her beautiful life will forever be cherished in the lives of her family.

The family would like to thank Pastor Ralph, the Providence Hospice Team, and the Catholic Community Services caregiver, Michelle.

Norma’s influence will forever remain in the lives of all who knew her. She is survived by her daughter, Debbie Williams, and her son-in-law, Harvey Williams; her granddaughter, Linda (and husband, Clayton) Wheeler of Rochester, Washington; her grandson, Justin (and wife, Rebecca) Williams of Rochester, Washington; her grandson, Nathan (and wife, Leah) Williams of Federal Way, Washington; her eight great grandchildren, Laura, Cheyanne, Hayden, Audrey, Emily, Kelsie, Nathan, and Lilianna; and her great-great grandchildren, Connor and Hunter.

Norma's famous chocolate cake and Christmas spaghetti will be missed.

A memorial service will be held on Saturday, August 24, 2019, 11:00 a.m. at Harrison Square Presbyterian Church in Centralia, Washington.

To send flowers to the family or plant a tree in memory of Norma Hughey, please visit Tribute Store
Saturday
24
August

Share Your Memory of
Norma
Upload Your Memory View All Memories
Be the first to upload a memory!
Share A Memory
Send Flowers