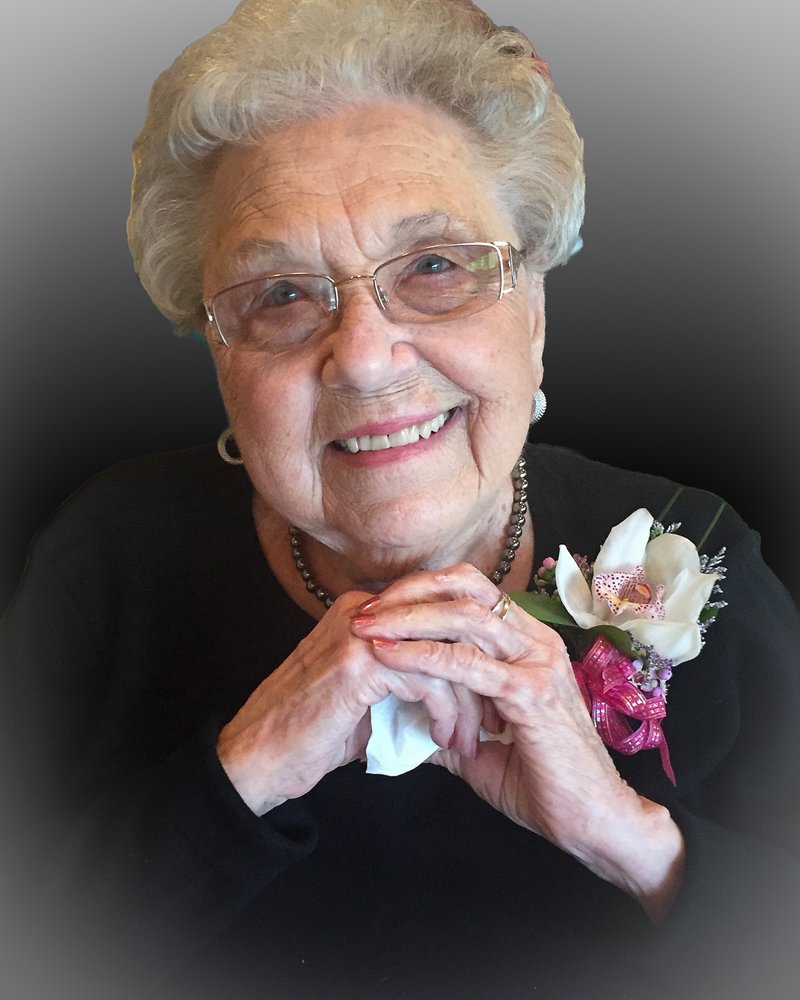 Jane Frances Niemyski passed away July 25, 2019 in Olympia, Washington.  She was born January 25, 1920 to Julius and Frances Trocki in Waltham, Massachusetts.  She had lived at Regency Olympia Manor for more than eight years, and at Jubilee in Lacey for five years prior to that.

Jane graduated from St. Mary’s High School in Waltham. She married Edward Niemyski on August 1, 1943 and was a homemaker.

She was kind-hearted, generous and giving of herself.  She had a quick sense of humor.  Family was very important to her.  She loved her children, grandchildren and great grandchild.  She enjoyed painting, beading, sewing, crocheting, embroidery, cooking, baking, and playing cards and Bingo.

Memorial donations may be made to Assured Hospice of Olympia.

To send flowers to the family or plant a tree in memory of Jane Niemyski, please visit Tribute Store
Wednesday
31
July

Share Your Memory of
Jane
Upload Your Memory View All Memories
Be the first to upload a memory!
Share A Memory
Send Flowers