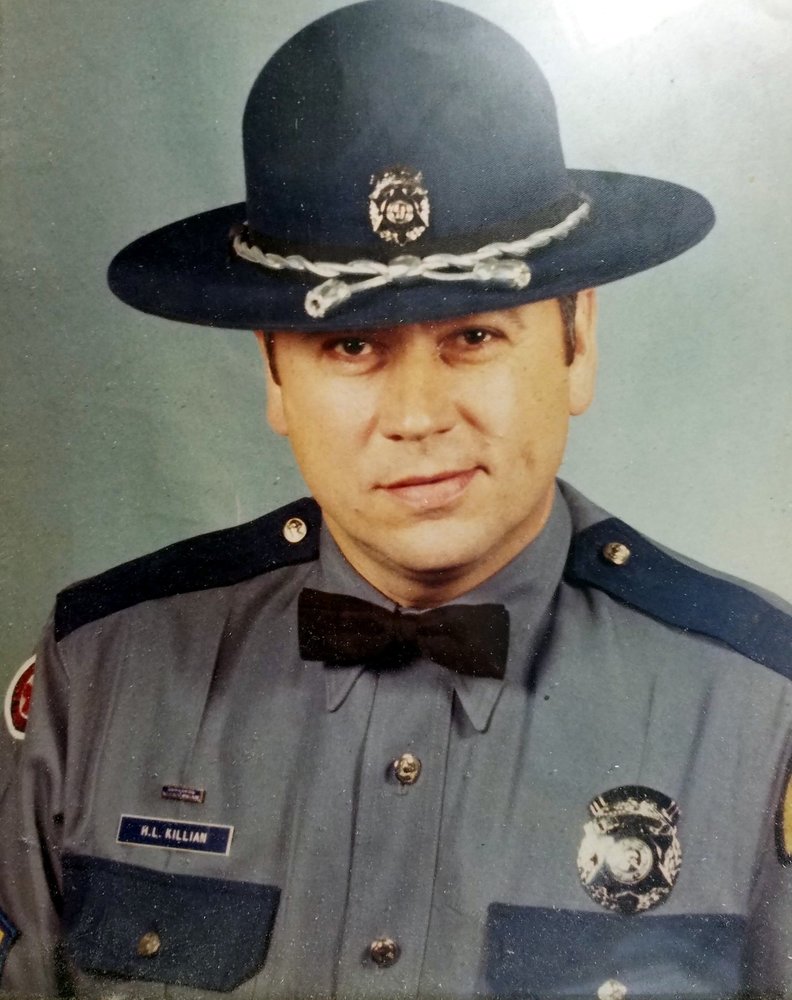 Bud was born May 26, 1937 in Vader, Washington. He was the baby of ten children of Melvin and Lena Killian.

Bud grew up in Vader and graduated from Toledo High School.

Bud became a Washington State trooper in 1962, attending the 31st Trooper Academy class. He was assigned to the North Seattle freeway detachment as a patrolman.

In the 1970s, Bud was selected as the driver and executive security for Governor Dan Evans and Dixey Lee Ray, and transferred to the Olympia area.

In 1977, he was selected to be the first polygraph examiner for the Washington State Patrol, attending the Backster School of Lie Detection. He created the pre-employment polygraph hiring process for the department, as well as criminal polygraph exams for the WSP and other police agencies.

With his polygraph background, in the early 1980s, Bud was recruited by the Washington State Department of Corrections to establish a polygraph program to monitor sexual offenders on probation. He was the founding member of this polygraph program, which is now implemented in many states across the country.

After retiring from the Washington State Patrol in 1989, Bud continued in private polygraph practice for police agencies, Departments of Correction and other legal services until the time of his death. His polygraph career lasted 42 years.

Bud enjoyed traveling in his motorhome across the country, visiting casinos, golfing, western movies, the Fox news channel, as well as spending time with his many friends, family, and professional colleagues. He was a member of the Masonic Lodge and the Northwest Polygraph Association.

Bud is survived by his sons, Eric and Christopher; his loving partner, Pamela Green; and sisters, Jessie and Jewell Godwin. He was preceded in death by his wife of 41 years, Sharon (Johnsen) Killian in 2011; his parents; and siblings, Ralph, Ray, Bobby, Ruby, Myrtle, Ferman, and Fred.

To send flowers to the family or plant a tree in memory of Homer "Bud" Killian, please visit Tribute Store
Sunday
6
October

...will take place at a later date.

Share Your Memory of
Homer "Bud"
Upload Your Memory View All Memories
Be the first to upload a memory!
Share A Memory
Send Flowers