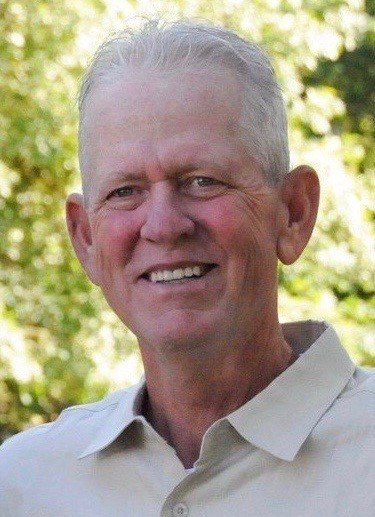 Ricky Claude “Rick” Elam, 59, of Centralia, Washington, passed away peacefully at home on June 28, 2019, after a courageous five-year battle with cancer. The last three weeks of his life were spent on his beautiful property, surrounded by family and friends.

Rick was born in Blythe, California on March 2, 1960, to Thomas and Barbara Elam. He spent his childhood in Eagle Mountain, California and moved to Centralia in 1972.  He graduated from Centralia High School in 1978.  He started dating Angel in 1979 while they both worked at Yard Birds. They were married in 1981 in Centralia at the Nazarene Church.  Rick went on to a career in the timber industry, mainly as a log scaler for 34 years.  He was a hard-working man who gave endlessly each day to provide for his family.

Rick and Angel had three children, Jesse, Sandra and Andrew, who were the joy of Rick’s life.  Rick was an avid sports fan and he enjoyed coaching both Jesse and Andrew from Little League baseball to Babe Ruth to Legion and even a year at Centralia College.  He loved teaching his boys to hunt and they went on yearly hunting trips.  Some of Rick’s most cherished memories were made with his grandchildren, Gracie, Henry, Ezra, and Eloise.  He loved taking them for rides on his quad, building them wooden toys, and taking them camping at the beach.

Three years ago, Rick and Angel bought a dilapidated property, with a vision to fix it up to a slice of paradise.  In the last three years of his life, Rick worked tirelessly on the property to make it perfectly beautiful for his wife, Angel.  Whether he was on his mower or his tractor, he was always working on a project.  He was a devoted husband who loved his wife and made sure she would be as prepared as possible for life when he was gone.

During his time off, you would find Rick at the beach with Angel and the family, enjoying good food, walking the dogs, clam digging and campfire chats.  He was a family man who made the most of each day with his loved ones.

Share Your Memory of
Ricky
Upload Your Memory View All Memories
Be the first to upload a memory!
Share A Memory
Send Flowers