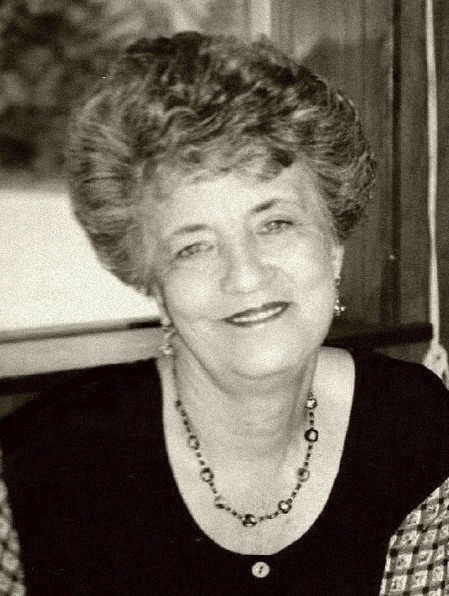 Joan Carrol Conway entered the presence of the LORD on January 22, 2019, peacefully passing at her daughter‘s home in Enumclaw, Washington. She was born September 14, 1934, to Paul Fergus Barker and Lula Jayne Jeffers at Capital Park Nursing Home in Olympia, Washington. Joan was raised in her family’s large boarding house during the Great Depression and WWII.

Very independent but “troubled" as a young child, Joan gave her life to Christ and was baptized at Foursquare Church in Olympia. Her family moved to Grays Harbor in the late 1940s and, at a youth group event, Joan fell in love with a young man destined to serve in Korea. After Joan’s graduation from Hoquiam High School in 1952 and two years of correspondence, Sgt. Floyd Raymond Conway returned, proposing on February 14; they married at Mission Covenant Church in Aberdeen, Washington, on February 27, 1954.

The couple welcomed their first child in Aberdeen in 1956, quickly followed by two more sons and twin daughters in Olympia. The family relocated often as the tireless couple "flipped" countless houses long before the rage on television. Joan was a supportive wife to a school teacher, business owner, pastor, state legislator, and a mother of five children. Shuttling kids to various activities and events, and teaching Sunday school at East Olympia Community Church, Joan took satisfaction in preparing dinner each evening in a spotless home for her husband and family. She hosted groups of friends and church gatherings in her home and organized picnics on summer afternoons, often driving hordes of kids and friends to area lakes and parks. Joan loved sewing, ceramics, yard work, and being in the Word of God.

In later years, children and grandchildren made their way home, or to a camping spot, to celebrate holidays, birthdays and family events. Grandma prepared meals and wiped many small hands and faces before spending hours surrounded by little ones playing games. After Floyd’s death in 2007, Joan would move to Cooper Point Village, quickly surrounding herself with more friends. She would faithfully attend Westwood Baptist, invite friends to dinners, stay involved with fellowship and women’s groups, and care for numerous friends convalescing in her home.

All who knew Joan will miss her energetic nature, gracious hospitality, and giving spirit.

Memorial service and reception will be held at 2:00 p.m., Saturday, February 9, 2019 at Westwood Baptist Church, 333 Kaiser Road NW, Olympia, WA 98502. All those whose life Joan touched are invited to this celebration of her life.

Donations in Joan’s memory may be made at Westwood Baptist or www.carenetps.org.

To send flowers to the family or plant a tree in memory of Joan Conway, please visit Tribute Store
Saturday
9
February

Share Your Memory of
Joan
Upload Your Memory View All Memories
Be the first to upload a memory!
Share A Memory
Send Flowers