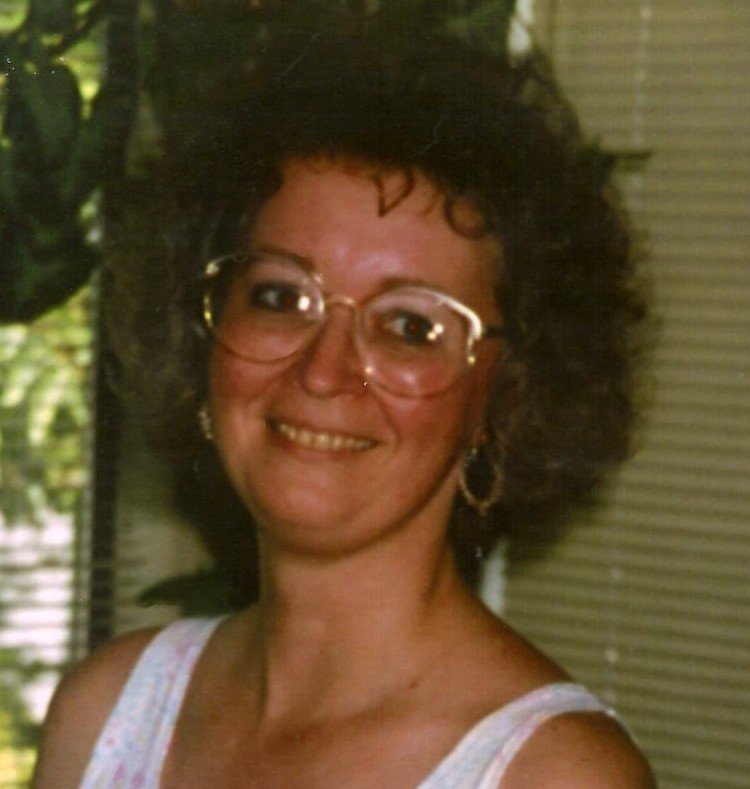 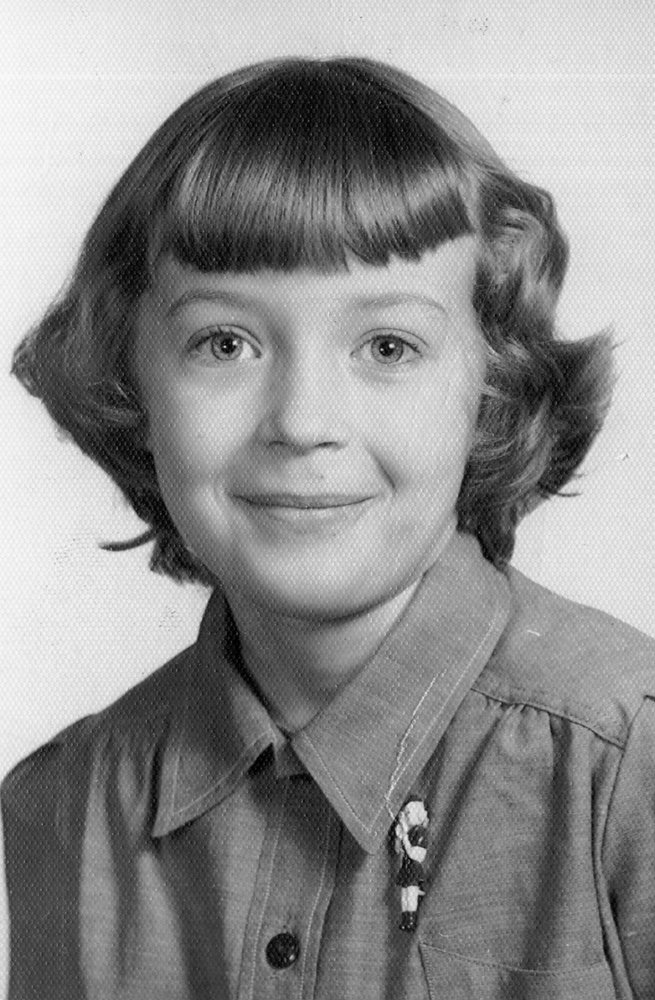 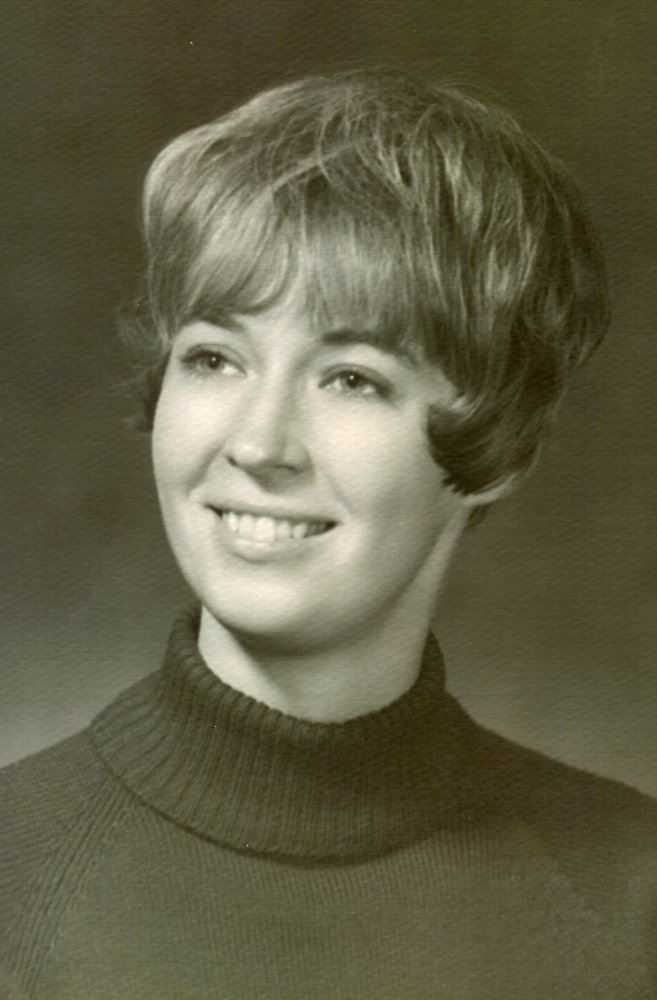 Barbara Hojem died surrounded by the sour cream potato chips and Vernor’s ginger ale she loved so much.  A quiet woman given to mysterious outbursts of laughter, she spent the last years of her life reaching out to all her old lovers to tell them what they had missed.  A lot.

She died at just the right time or she would have been old the very next day.  Plus, now she doesn’t have to clean the refrigerator.  In heaven, the refrigerators never need cleaning.  And dessert is served all day.  Right now, she is dancing in heaven.  Most likely naked.  While the music of Eric Clapton and JJ Cale rock out on vinyl records, the way Thomas Edison and God meant sound to be recorded.  Far out.

Raised by a Viking and a Paragon, Barbara learned the value of saying, “Yes, I like washing dishes.  Really.”  As a child, she spent her summers learning how to fly when no one was looking.  She succeeded admirably.  Her siblings, she had so many of them, relied on her to make popcorn and orange juice before the Walt Disney show started on Sunday nights.  She wanted to grow up to be a horse until she was in 3rd grade when her mother told her that wouldn’t happen.  The first crushing blow of reality.  She tormented her grade school teachers by always reading books above her grade level during class and having contests with herself to see if she could read faster then the teacher.  She could.  A curious child, Barbara could never figure out why the Lutheran pastor would ask questions during his sermon and no one ever told him the answers.  Why did he get to do the sermons if he didn’t know the answers?  “How did Jesus tell us to live?  What did Jesus say to Martha?”  She thought the answers were pretty easy but not one adult in the whole congregation ever raised their hand with an answer.  It seemed to her very strange that someone would keep doing a job they didn’t know the answers to.  Especially since all he had to do was read the Bible to find them.  Of course, that index thingie in the back of the Bible was sort of difficult to figure out.

She graduated from the University of Lefse and Trolls in Parkland, Washington, where she learned to use someone else’s name to sign out of the dorm on weekends, and how to smuggle wine and beer into the dorm by wrapping it up in towels after going swimming on lower campus.  God bless the Piggly Wiggly.  Since it was against university rules to smoke on or off campus, she had to try, but she kept getting horribly nauseous despite her unwavering desire to rebel.  That particular bout of rebellion lasted only three weeks.  Many others lasted for decades.  After four years of not figuring out much, she graduated and moved to Seattle where she figured out even less.  It was 1970; not a great year for insight.  Ditto for the next 30 years.

Then, Barbara was given the wonderful gift of sobriety.  She worked hard at learning to be a grown-up.  Because she was sober, she learned how to live happily ever after.  And it worked.

The foregoing was written by Barbara in 2015, after she was diagnosed with fallopian cancer.  She has told her life story, in her own inimitable way.  And now, for those of you who want just the facts…

Barbara was born in Juneau, Alaska, on January 12, 1948, the second of seven children of Dale and Peggy Hojem.  The family of five moved from Alaska in 1951, to Gladwin, Michigan, where four more siblings were born.  The family consisted of Dale and Peggy, Mark, Barbara, Douglas, Laurel, Robin, Leslie and David.  In 1960, the family moved to Olympia, Washington.  Barb graduated from OHS in 1966, and from Pacific Lutheran University in 1970, where she earned a Bachelor of Science in Nursing.  Barb was class speaker for the Nursing graduates, and their theme song was “Bridge Over Troubled Water.”  During her nursing career, Barb was Head Nurse and Nurse Educator in coronary care and hemodialysis.  She was certified in Psychiatric and Mental Health Nursing from the American Nursing Association, and worked in chronic pain management.  Barbara was a dedicated and wonderful nurse.  She retired in 2012.

She was devoted to her friends and family, talented with needlework, made beautiful cards, and was a watercolor artist.  Barbara had a pretty smile, and lovely blue eyes which she always insisted were green!  She loved to garden, and was an excellent baker and an exuberant cook.  Barbara was an ardent seeker of peace and joy, and sincerely studied spiritualism and mysticism.  She read constantly, everything from Scientific American to Georgette Heyer and Jack Reacher.  Throughout her final illness, she was kind, generous, gracious and grateful.  Barbie was a lovely person with a quirky and delightful sense of humor.  We will love her and miss her forever.

To send flowers to the family or plant a tree in memory of Barbara Hojem, please visit Tribute Store