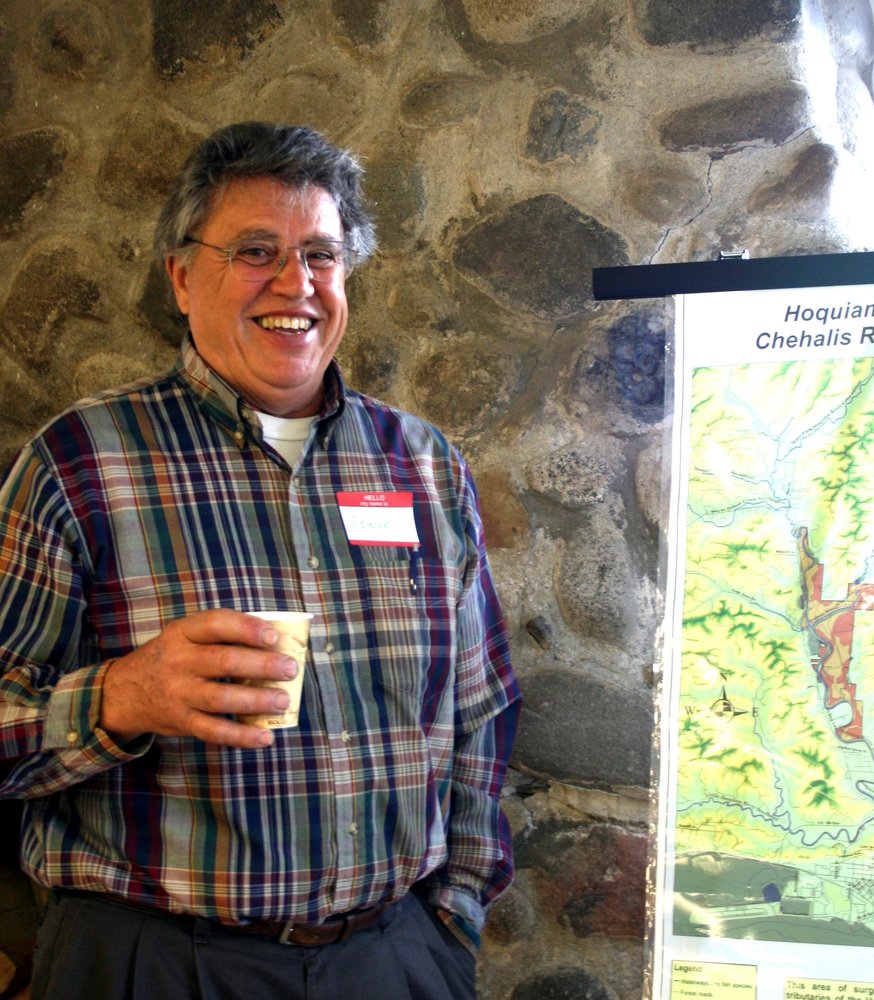 Steve Hallstrom was a man of vision and action.  His love for nature and his leadership abilities enabled him to make significant contributions to conservation and land preservation.  He was a rare individual who could develop policy, as well as grow organic lettuce.

He was born November 19, 1943 in Fosston, Minnesota to Antoinette (DeMaster) and Raymond Hallstrom.   After moving to the Pacific Northwest as a child, he and a remarkable cohort of students went from first grade through twelfth grade together in the same school building in Ridgefield, Washington.  After lettering in sports and excelling academically, Steve graduated from Ridgefield High School in 1961, then earned a Bachelor of Science in Mathematics from the University of Washington in 1966.

Hired by the Boeing Company as a Software Engineer, he honed his analytic skills as a Systems/Methods Analyst on the first computer mainframes. Later he became Acting Director of Academic Computing at the University of Washington. After retiring in 1993, he turned to organic farming with his wife, Cecelia, and sold vegetables at the University District and Columbia City Farmers Markets in Seattle for 23 years.  Their Tolt Gardens/Let Us Farm booth attracted dedicated customers who appreciated their top-quality organic produce, especially their lettuce.

Although he enjoyed hiking, camping and canoeing, it was through birding that he truly reveled in the outdoors. He was President of Seattle Audubon Society from 1994 to1996. When they moved their farm operation from Carnation to Oakville, he joined the Grays Harbor Audubon Society.

As a passionate farmer, mentor, and policy advocate, Steve left a legacy of farmlands preserved and farming skills passed on to another generation. Forty-three (!) years of continuous National Grange membership attests to his deep commitment to farming, which began with his family’s big vegetable garden and grew during summer work in local bean and bulb fields.

Later, aware of the difficulty of aspiring farmers to acquire experience and land, he took practical and policy approaches. For years, he and Cecelia worked side by side with farm interns, passing on successful methods of market farming. As a Board member of the Grays Harbor Conservation District, the Chehalis River Basin Land Trust and the South Sound Community Farmland Trust, he advocated creative strategies and land use policies to help preserve natural resources and farmland, assuring its affordability to beginning farmers.

In a final act of love for the land, he and Cecelia placed a conservation easement on their Oakville farm with PCC Farmland Trust, preserving it in perpetuity as a farm.  See a story about Let Us Farm .

At Steve’s request, there will be no services. Memorial donation suggestions include Grays Harbor Audubon Society, and Chehalis River Basin Land Trust.

To send flowers to the family or plant a tree in memory of Stephen Hallstrom, please visit Tribute Store

Share Your Memory of
Stephen
Upload Your Memory View All Memories
Be the first to upload a memory!
Share A Memory
Send Flowers