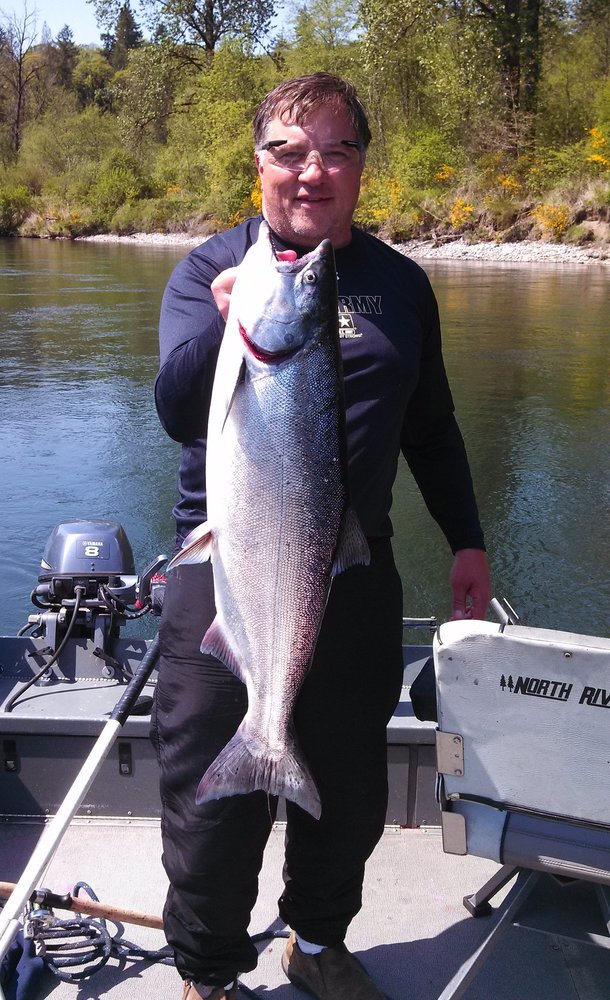 Andy was born November 18, 1966 in Landstuhl, Germany, the youngest of five siblings.  In 1967, Andy arrived in the United States for the first time, making Ft. Polk, Louisiana home. In 1968, Andy came to Washington state, attending schools in the Olympia area and graduating from North Thurston High School with the class of 1985.  Andy excelled as an athlete in baseball, basketball and football. He found time to play the trombone, fish and cultivate many lifelong friendships.

Andy graduated Eastern University in 1990 earning a degree in engineering.  He was commissioned a Second Lieutenant in the United States Army, beginning his military career, which took him many places, including Kansas, Bosnia, Japan, Germany, Alaska and more. After serving 21 years, Andy honorably retired Lt. Col., returning to Washington State.  It was here he began and ended his fishing guide career.

Andy was a gifted fishing guide, carpenter, cook, and outdoorsman. He made it a habit to share his catch with those in need or those who could not find the time to fish. He also loved his dogs and often took them out on his boat when he was fishing.

He and Sheri made frequent deliveries of home cooked meals to shut-ins and the elderly. He relished his role as a Godfather, often attending his Godkids’ birthday parties and sporting events, and even insisting on attending the confirmation of one of his Godkids when he could barely walk during his illness. Perhaps most importantly, he was a disciple of Christ and was not afraid to share his faith with others. Andy loved God and always kept God first in his life. (John 15:5 - "I am the vine; you are the branches.  If you abide in me and I in you, you will bear fruit; apart from me you can do nothing.")

Andy requested no service, or memorial.  In memory of Andy and to honor the loving care received from Madigan Army Hospital, a scholarship has been established to support future nurses in their pursuit of service.  Donations in lieu of flowers may be mailed to the Andy Oakes Scholarship Fund at the Community Foundation of South Puget Sound, 212 Union Avenue SE, Suite 102, Olympia, WA 98501.  Online donations may be made at http://www.thecommunityfoundation.com

Warmest thanks are expressed by Andy's family to the many friends and neighbors who provided their support through prayers, cards, calls and visits.

Andy is a fisher of men. Fish ON!

To send flowers to the family or plant a tree in memory of Andrew Oakes, please visit Tribute Store

at Andy's request. Donations in lieu of flowers may be mailed to the Andy Oakes Scholarship Fund at the Community Foundation of South Puget Sound, 212 Union Avenue SE, Suite 102, Olympia, WA 98501.  Online donations may be made at http://www.thecommunityfoundation.com

Share Your Memory of
Andrew
Upload Your Memory View All Memories
Be the first to upload a memory!
Share A Memory
Send Flowers