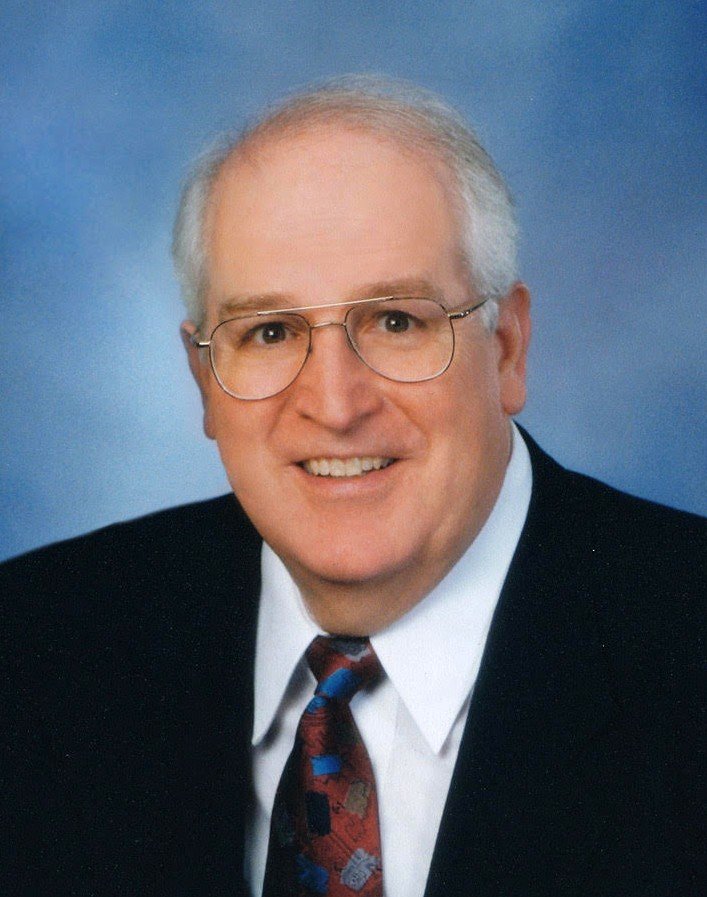 Blaine Lawrence Martin was born March 8, 1941 in Oakland, California, to A. James and Helen (Krumperman) Martin.  He is the youngest of three children, including older brother, Keith, and sister, Janice.  At the age of three, Blaine’s family moved to Glendale, California.

When Blaine was nine years-old, his family moved to Short Hills, New Jersey.  Blaine enjoyed helping his mother cook.  As a small child, he would sit on the counter where he especially liked to help bake cakes.  Chocolate cake was his Dad’s favorite.  It was Blaine’s favorite as well.

When Blaine was 14 years-old, his family moved back to Glendale where he enjoyed playing water polo in high school.  After graduation, Blaine attended Brigham Young University in Provo, Utah, until he was called to serve a mission for The Church of Jesus Christ of Latter-day Saints.  He served in the South Africa Mission from 1960 to 1962.

Upon completing his mission, Blaine returned to BYU where he met and dated Jane Ellen Smith.  They were married August 26, 1964 in the Salt Lake City Temple.  Blaine graduated from BYU in 1967 with a Bachelor’s of Science in Finance.

Blaine began his career working as an assistant finance director for the City of Springfield, Oregon, in 1968.  Shortly thereafter, Elise joined the family, followed by Todd, Jared, Adrianne, Kyle, and Sarah.  In 1983, Blaine went to work for the City of Lacey, Washington, as the finance director.  He retired in 2009.  He and Jane served a mission for The Church of Jesus Christ of Latter-day Saints in Ft. Lauderdale, Florida, from 2010 to 2011.

Blaine enjoyed baking, gardening, woodworking, and remodeling projects.  He served faithfully in many capacities in his church and family life.  His motto was, “Trust in the Lord.”  He was kind to all and is beloved by many family and friends.

The family requests that, in lieu of flowers, donations be made in Blaine’s memory to LDS Philanthropies on line at https://www.ldsphilanthropies.org/.

To send flowers to the family or plant a tree in memory of Blaine Martin, please visit Tribute Store
Saturday
16
June

Share Your Memory of
Blaine
Upload Your Memory View All Memories
Be the first to upload a memory!
Share A Memory
Send Flowers