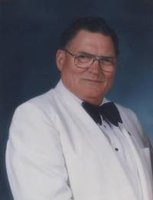 Howard E. Iversen, 88, a resident at Lake Cushman in Hoodsport, died Friday, March 18, 2005 in Gig Harbor. He was born September 3, 1916 to Peter and Anna Marie (Jensen) Iversen. Howard’s military service was as a Machinist Mate for the Navy in World War II where he was awarded the Asiatic-Pacific Area Campaign Medal and the World War II Victory Medal. He was a member of the Free and Accepted Masons of Washington, Lodge #27. He was also very active in the Afifi Lodge of the Shriners. Howard was a volunteer for the Mason County Sheriff as well as active as the security officer for his Lake Cushman residential community. He adored his beloved dog “Lady”, his constant and loving companion. Howard was an avid traveler, enjoying many trips with his friends. Howard was a skilled craftsman, especially with woodworking and boat making. He is survived by his four children; sons, Bruce and Blair; daughters, Judy and Stacey. A graveside service will be held 2:00 p.m. Friday, March 25, 2005 at Tahoma National Cemetery, Kent, Washington, call for directions (425) 413-9614 ext 2. Donations may be made in his name to Shriners Hospital (www.hsus.org) or Shelton’s Adopt a Pet (www.adoptapet-wa.org or 360-432-3091).