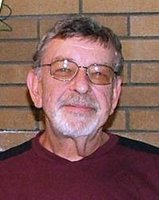 Walter R Gorzynski, a 30 year resident of the south sound area, was born on Jan. 4, 1940 in Wyandotte, Michigan to Walter J and Hattie Gorzynski. His family included a sister, Virginia and brother, Leonard. His chosen path was a 21 plus year commitment to the U.S. Army which included two tours in Vietnam with the 25th Infantry Division. His favorite assignment however was in Hawaii where he was a member of a competitive shooting team. His military career was accompanied by work in civilian law enforcement and volunteer fire fighting. Walt was a life member of the NRA and continued competitive shooting. After his military service, he started a new career with the Washington State Department of Corrections proudly dedicating another 20 years to community service. His final career choice was with the Sholewater Bay Casino as a gaming commission agent. Walt’s other interests were law enforcement, following the military’s advancements over the years and its history, fishing, guns, boats, boats, and yes boats. Walter is loved and survived by his wife Danille, four sons, three daughters and numerous grandchildren. A reception will begin 2:00 p.m. at Mountain Greens Clubhouse, 5140 Yelm Hwy. SE, Lacey following the service.