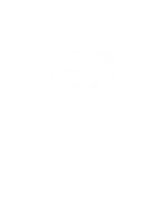 David Richard Ferrell, born November 27, 1949 in Oakland, CA. He lost his battle with colon Cancer and went to be with God on September 27, 2004. His last days were fairly peaceful, made more comfortable by family and friends that came to be with him. Dave was known for his vibrant personality, he could always make us laugh by being the life of the party. He was an Oakland Raiders fan, he loved the “A”'s too. He was also into fast cars and Harleys. His wife Lisa was the love of his life and true soul mate. Dave loved her and their boys with all his heart. He was a devoted husband and a very dedicated loving dad. Dave was in the marine corp. and was a true Marine all the way. He served in the Vietnam War, which made a major impact upon his life; he received a purple heart for his injuries received in battle. He was a very dear husband, son, and father, grandfather, brother, uncle, nephew, cousin and friend to so many. Dave was a brave soldier in the toughest battle in his life. We salute you, and will miss you always. Survived by his dear wife Lisa; their sons, Jeremy and Ryan of Olympia, James Ferrell of Clallam Bay; 1 daughter, Angie (Scott) Bradley of Roseville, CA; James Ferrell of Clallam Bay; parents, Benny & Ruth (Smithers) Ferrell, of Bay Pt. CA.; sisters, Rhonda Ferrell of Olympia, Dottie (Harold) Barclay, of Martinez, CA.; grandkids, Colin, Megan Bradley of Roseville, CA, and many aunts, uncles, cousin, nieces, nephews and more friends then we can list.