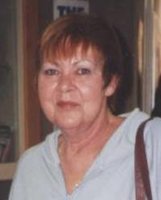 The family of Teri (Hazel) Bridges of Olympia, Washington announce her passing away on Sunday, March 13, 2005. Born on April 29, 1944 in Olympia, she is survived by her three children, Frank Rhodes, Candy Flowers, and Teri Stevens; four grandchildren, Cole, Allen, Nicole, and Robert; as well as six sisters and two brothers. She was loved by all who knew her and will be missed by her family and everyone so blessed to have experienced her being a part of their lives. There will be a Memorial Service on Saturday, March 19, 2005 at the Masonic Center located at 521 North Street SE in Tumwater at 2:00 p.m. A Celebration of her life will be held after the service at the Moose Lodge on Pacific Avenue in Lacey for all who would like to attend.