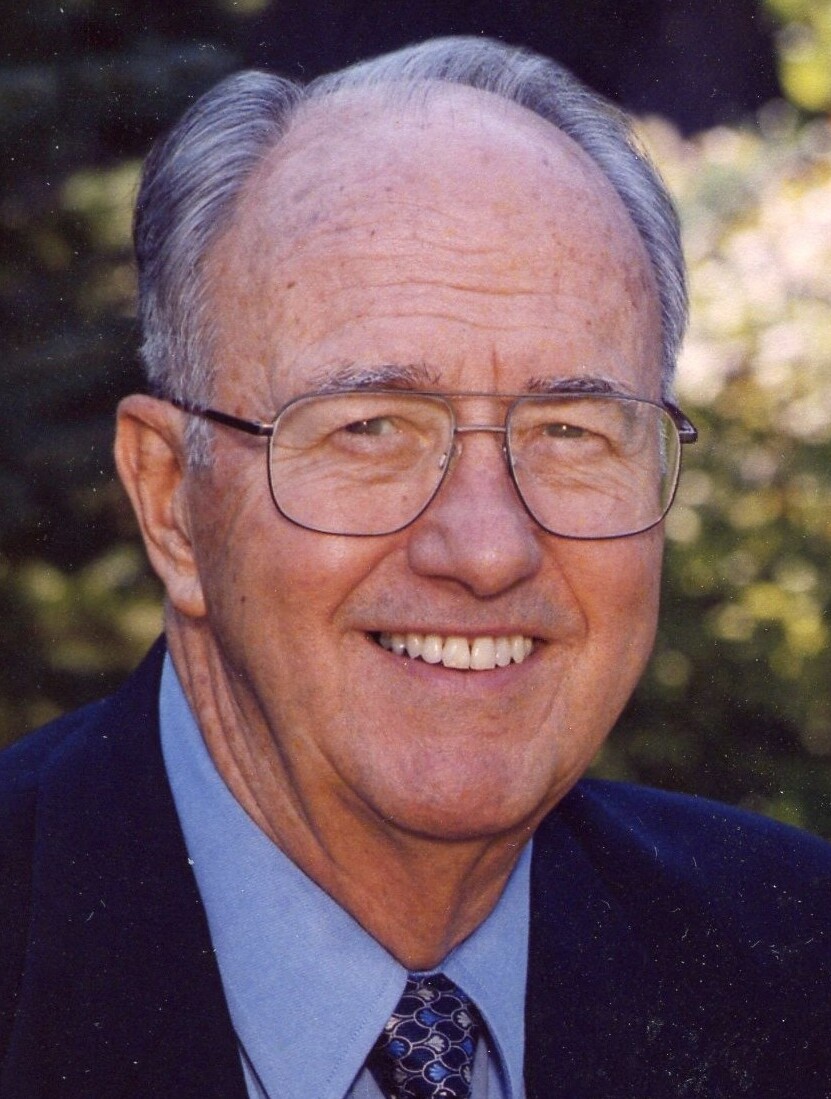 Frank McCauley was born September 26, 1924, to Frank Sr. and Ina McCauley of Aberdeen, Washington.  Frank attended St. Mary’s School, Miller Jr. High, and Aberdeen High School.  He graduated early and enlisted in the U.S. Marine Corps, where he fought in seven major battles aboard the USS Maryland during WWII, advancing to the rank of Corporal.

Following the war, he returned to Aberdeen and married the love of his life, Ursula “Ann” Hulbert. Frank and Ann moved to Spokane, where Frank studied business at Gonzaga University. Upon graduation, Frank and Ann returned to Aberdeen and began a family.  Frank worked as safety supervisor at ITT Rayonier before owning and operating Axland O’Hare Men’s Store. The McCauley family moved to Olympia in 1974.  In retirement, Frank and Ann spent time with their children and grandchildren, traveled, enjoyed sports (particularly golf and the Seahawks), and were active members of St. Michael Catholic Church.

Following the death of his beloved wife, Frank resided at The Firs and at Fieldstone Assisted Living, until his own death at Providence St. Peter Hospital on October 8, 2022, with family present.

He is survived by his seven children, Teresa (Bruce) Sherman, Mark (Weedy), Matt, Mary (Peter) Wikstrom, Jim (Jill), John (Jennifer), Joe (Cheryl); 16 grandchildren; and 19 great-grandchildren, to date.  Frank was a man of integrity, loving sacrifice, and quick wit who will be greatly missed by his family and friends.

A Mass of Christian Burial will take place at St. Michael Catholic Church, Olympia, on Friday, October 21, 2022, at noon, preceded by the Rosary at 11:00 a.m.