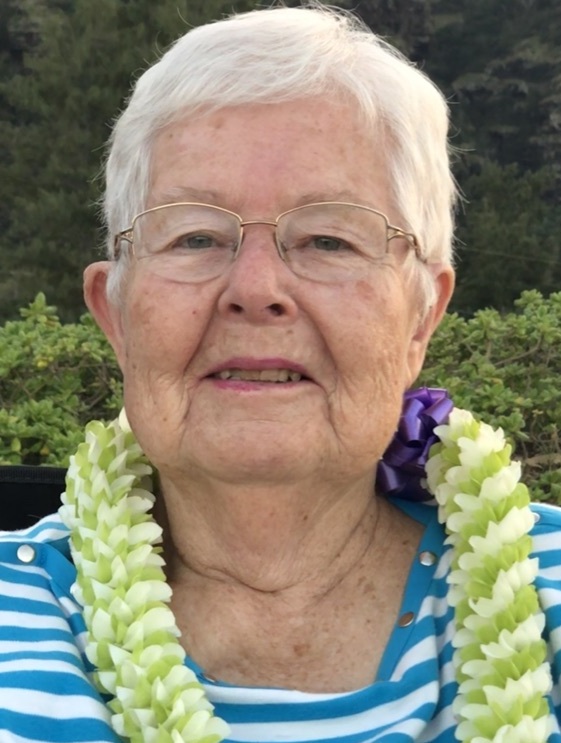 In the beginning we are a story…

Born in Remsen, Iowa, in 1936, and raised on a small family farm along with four siblings, Patricia was no stranger to hard work. Or independence. Those childhood years on the farm were tough, but throughout them she developed grit, creativity, compassion, honesty, and industriousness, which served her well throughout life. Farming life was also joyful, giving her the ability to find beauty in simple pleasures and to appreciate the good in life, and people.  Church and school instilled in Pat the value of family, both the one that you are born into as well as the one you create for yourself along the way. For Pat, everyday life fostered curiosity, horsemanship and animal handling skills, problem solving, leadership, and (according to her) excellent tractor driving skills, although her siblings do relate a rather unfortunate encounter with the chicken coop.

After finishing high school, Pat attended the Lutheran Hospital School of Nursing in Sioux City, Iowa.  This rigorous RN program, complete with the white uniform, nurse’s cape, and starched cap, provided a rock-solid foundation for her nursing career. Early nursing fundamentals included such things as learning to always give up your chair so that the doctor could sit after his busy rounds. Thank goodness she outgrew that habit. Long days and nights on duty were the norm, but it was regaled over glasses of wine many years later, that training and hospital responsibilities were occasionally “overlooked” when a social opportunity presented itself. Being the student nurse with a car made her the natural ringleader for such activities. She, and as many fellow escapee student nurses who could squeeze into a Plymouth sedan, would cruise around Cherokee on their summer escapades – all the while the windows would be rolled up, lest anyone they passed think they were unable to afford air conditioning.

In the late 1950s, she moved to Atascadero, California, where she built many life-long and dear friendships. It was here that she began her pathway as an operating room nurse, which blossomed into one of her true loves. At this same hospital, she was gifted an enchilada recipe by one of her cafeteria friends, a recipe that would become a family hallmark. Those same enchiladas would be requested and prepared countless times for family, friends, beach dinners, and if one was not toward the front of the line at the church potluck…well… let’s just say you were going to get the tuna casserole instead.

At a rodeo in Paso Robles, Pat met Charles Gregor, having been introduced by mutual friends. On shore-leave from his submarine assignment, Chuck had gone to the rodeo with a friend and decided to sleep in a barn at the fairgrounds in hopes of meeting Pat again the next day.  His plan worked and, in 1960, they married in Paso Robles, California. Following a duty station assignment at Pearl Harbor, they soon realized their love for Hawaii was drawing them back, and the Islands became their new home. In 1967, they moved back to Hawaii and bought a home in Wahiawa Heights, on the edge of the tropical mountain forests. Just the perfect spot to raise a growing family.

Pat took a job at Wahiawa General Hospital, working first as an RN and then as the Operating Room Manager, successfully navigating 40 years of routine tonsillectomies and gallbladders, various surgical emergencies, strong personalities (read: doctors), and hospital politics. When surgical emergencies called, her children, Jodi and Paul, would frequently spend time “behaving themselves” in the hospital lobby for hours on end. While one could never use this rather unorthodox child-care approach now, the lessons in patience, manners, and independence proved invaluable to both kids. Pat embraced her strongly rooted midwestern values of work and family. But perhaps she was not so puritan as to pass up a good long peek at the photo of colleagues making a naked human pyramid on Kalalau beach, a well-worn 8x10 that made the rounds in the Wahiawa General Hospital operating room.

A stranger to no one, she always had an open door and heart. She “adopted” so many other people into our family along the way, always offering a kind word, hand squeeze, or laugh.  She created a home where the door was never locked (seriously, never locked) and everyone was welcome. At any hour of the day or night. Friends, soon-to-be friends, single soldiers from the nearby base who showed up at church…everyone and anyone was embraced into our ‘Ohana, our Hawaiian family. Through the years attendance at our dining room table kept growing, fueled by laughter, scandalous stories, jokes, church gossip, wafts of teriyaki meatballs, and clinking wine glasses. For so many, many years, she was a stalwart pillar at our Lutheran Church in Wahiawa, and faith guided her love and open acceptance of all people with whom she crossed paths, most of whom became her chosen family.

Pat and Chuck relocated to Olympia, Washington, in 2003 to be near the two grandchildren who filled their hearts. The “Grandma Taxi” made countless trips to baseball, dance, horseback lessons, basketball, and hauled laundry, as well as providing the before and after school rides.  And really, what trip with Grandma would be complete without a little detour through the local Dairy Queen for a Blizzard?  Pat’s warmth and generosity were simply transported from Hawaii to Olympia, and her home here became a place for family and friends to gather and celebrate once again. She enjoyed continuing her church life here in Olympia at Gloria Dei Lutheran, until it became increasingly difficult for her to attend services.

Her life story began to take on a new complexity about five years ago, when it became clear that she would be navigating the difficult adventure of dementia, which was only made easier by having her children at her side. As with all things in life, there were good and bad days, but she never, never lost her warm and loving heart. Even through the immense confusion and disorientation of advancing dementia, she would offer to help with some task or concern, always feeling the need to care for someone else.

By early July, advancing dementia had stolen, or perhaps simply misplaced, her ability to identify close family by name. In early July she had been talking, participating in whatever activities she could, and wheeling herself around the memory care home engaging in mischief with the other residents. Then, over the course of just a week, a rather precipitous decline ensued. The final page on Pat’s story was written on July 17, 2022, and at the end, she was surrounded by her children, Paul and Jodi. Though it was a tough journey to watch, she navigated it on her own terms and timeline, and we were simply there to love her as she danced out of this life and into God’s hands. Her final day was both heartbreaking and joyful.

Mom’s life lessons to share with all her ‘Ohana are simple: embrace everyday joys, choose kindness, be thankful and gracious, marvel at the hummingbirds, and please love one another.

In the end, each of our individual stories, our journeys of discovery, experience, and emotion, become but a thread in the tapestry of creation and the story of humanity.

Pat was preceded in death by her husband, Charles Lester Gregor. She is survived by her brother, John Dorr; two children, Paul Gregor (Joshua Sahara) and Jodi Schaefer (Larry); and grandchildren, Cassie Schaefer and Dale Schaefer.

A celebration of Mom’s beautiful journey will be held on the North Shore of Oahu, a home to so many of our favorite family memories.

We request that instead of flowers, gifts or cards, any donations be made to the Alzheimer’s Foundation. Or, if you are able, perhaps consider taking a few hours to volunteer/visit at a memory care facility in your local community.