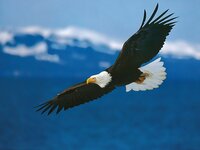 Roy Gault passed away of natural causes on July 11, 2022, in Lacey, Washington.  He was born April 16, 1927, to Otto and Blanche Gault in Wenatchee, Washington.

After 9th Grade graduation from Tumwater school, he joined the Merchant Marines.  During World War II, he served with the U.S. Marine Corps in the Pacific.  In 1958, he married Betty L. Palmer and, shortly thereafter, he became a Boiler Engineer at the Olympia Brewery. He was also an auto mechanic in Olympia, and a door-to-door salesman.

Roy was a very kind man and helped anyone in need.  He also was a huge storyteller to the delight of family and friends.  He loved cars, baking cookies, and attending church.  He was a member of Westwood Baptist Church.

He and Betty raised seven children as Baptists (two from his previous marriage, three from her previous marriage, and twins born to them).  They attended church regularly and had many friends with whom they enjoyed spending time.