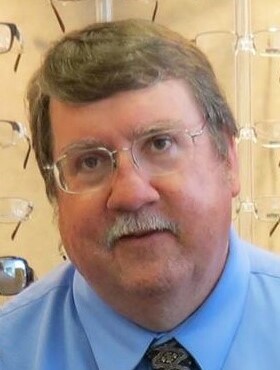 Dave lived in Olympia, Washington, and passed away June 24, 2022, after a nine-month battle with a rare cancer.

He was born David Michael LeFevre in Burbank, California, on October 5, 1956. Dave grew

up in Saratoga, California, enjoying a wonderful childhood.  He moved with his family to

Edmonds, Washington, in 1973 and graduated from Woodway High School. Dave earned a

Bachelor of Science degree in Psychology from the University of Washington, going on to

until his health deteriorated. He enjoyed his staff and patients very much.  His patients appreciated his thoroughness and clear explanations of their eye health.

Dave had a wide range of accomplishments, interests, and hobbies. He had an abiding love

of music, collecting the work of artists he admired, playing guitar and hammer dulcimer,

and attending many live performances. He loved sailing and skiing. He held a private pilot’s

license and was a member of the Center O Flying Club at Olympia Airport. Dave

Dave relished trips to the ocean, especially for annual optometry conferences in Hawaii for

continuing education credits and catching up with colleagues and former classmates.

Locally, he enjoyed trips to Cannon Beach and the Washington coast.

Dave will be remembered for his kindness, thoughtfulness, high level of personal and

professional integrity, for his ability to retain information, and how he added fun along the

Search and Rescue or the Seattle Cancer Care Alliance.