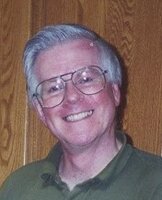 Ken Wesley Wilhelm, born January 27, 1942, died peacefully on June 24, 2022, after living some years with the devastating effects of Alzheimer’s. He was well-cared for in his home until his death by his son, Phillip.

Ken was born in Bell, California, to Olive (Wolff) Reiber and John Wilhelm. He attended Shadle Park High School in Spokane, Washington, where he worked on the school newspaper, in the theatre, and developed an interest in photography. As a senior, he was voted “friendliest boy.” Following graduation in 1960, he enlisted in the U.S. Army in 1961, where he received training in radio and photo reconnaissance during the Cuban Missile Crisis. Leaving the Army in 1964, he returned to Washington to work at Boeing as a photographer. One of his favorite stories from that time involved learning to use a high-speed film camera to document the testing of 747 windshields with chicken carcasses launched out of a cannon. He proudly figured out that they should not be frozen during tests as they were much more likely to break the glass!

Ken was hired at the new Evergreen State College in 1971 as a media producer. Working on the recently constructed campus, he continued to build skills in audio production, multitrack recording, sound reinforcement, film audio mixing, and video production. Working with a few other staff, Ken helped create instructional materials, trained faculty in the use of the facilities, and taught part-time classes in audio recording and production and speaker building.  He delighted in the supervision, training, mentoring, and management of the large student worker pool supporting campus media activities. His top priority was supporting the faculty, students, and the curriculum of the college, and he clearly loved the work. He was one of the most supportive, funny, consistent, and knowledgeable staff, and helped to make working and learning fun, exciting and professional.

Ken went to great lengths to foster a strong and supportive team spirit at work. You could find him at the center of t-shirt competitions, student training breakfasts, staff fitness breaks, and other community building activities. He loved helping to make learning and working fun. His sound effects demonstrations will live on in infamy, and past students have often stated they will never forget how to properly coil a cable! Ken was always right up front, demonstrating, explaining, and then stepping back to let the students “run the show.” A wonderful and quirky figure, Ken almost never said no to any reasonable request. He helped to make Super Saturday a huge Olympia event with seven stages, and he was critical to any college media effort.

Ken was a caring, thoughtful, funny person who loved spending time with his many friends. His humor, kind-hearted respect, and extremely gregarious personality were guaranteed to make meetings, camping outings, biking adventures, bowling, sailing, and shared meals fun and exciting. Ken was always up for a joke, and always available to help put another TV or sound system in a house or camper.

Ken is survived by his two sons, Phillip H. Wilhelm and Bryan P. Wilhelm, and his ex-wife, Lezly Hartley. A celebration of Ken’s life is being planned.