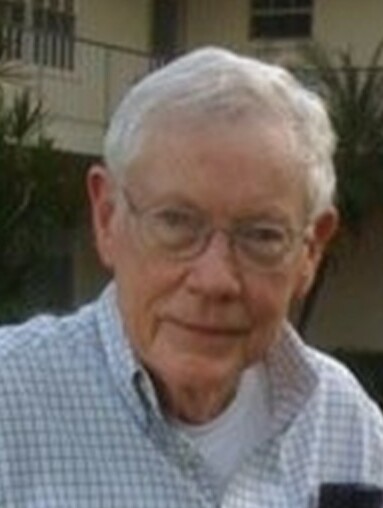 Eugene Francis “Gene” Kernan, Sr., a resident of Olympia for 52 years, passed peacefully in his sleep on Thursday, June 9, 2022, to join his wife, Alice, daughter, Kimberly, along with his parents, Joseph and Catherine (Dell) Kernan, and two brothers, Jack and Joe Kernan, in heavenly glory.

Gene was born the youngest of three sons on May 21, 1926, in Sterling, Ill., to Joseph E. and Catherine (Killian) Kernan.  He graduated from St. Mel High School in Chicago in 1944 and immediately enlisted in the U.S. Navy, where he served aboard LST 503 in the Pacific and East China Sea.  Shortly after WWII ended, he returned to Chicago to attend Loyola University.  He married Alice M. McMahon on July 5, 1946.

He attended Northern Idaho College of Education in Lewiston, Idaho, where he received his Bachelor’s Degree in Education and took his first teaching job in Ridgefield, Wash. in the fall of 1949.  It was there that he began a 37-year career as a teacher, mentor, baseball and basketball coach and elementary school principal.  During this time, he went to night school at Portland State University and summer school at the University of Oregon in Eugene, where he earned a Master’s in Education.

In 1963, Gene moved his family to Stevenson, Wash., in the gorgeous Columbia Gorge to take a new position as the elementary school principal where the now family of 10 children lived until 1970.

The next and final stop in Gene’s long career came when he accepted the principal’s job at John Rogers Elementary in Olympia, Wash.  In the coming years, he would be called upon to serve as principal of Pioneer Elementary, Washington Middle School, McLane Elementary, back to Washington before finally ending back at John Rogers, where he retired in 1987.  He joked that “They were trying to find a job I can do.”

An avid sports fan and son of a professional baseball player and scout, Gene grew up at baseball fields and football stadiums around the Chicago area.  Notre Dame was King then and he and wife Alice passed that on to their children.  Living in Southwest Washington, he would take players and sons to local University of Oregon football games in Portland, as well as the Portland Beaver baseball games.  He was a Washington Husky football season ticketholder for over 40 years, and many memories were made on fall Saturdays attending Husky football games at PAC 12 stadiums, especially Husky Stadium.

Gene is survived by his six sons, Eugene F., Jr., Gerald W., and John F., all of Kennewick, Kevin K. of Olympia, Brian P. of Sparks, Nev., Kyle J., Lyle; three daughters, Patricia A. Rosen of Naples, Fla., Maureen A. Duncan of Olympia, and Jo-Anne of Seattle.   He was preceded in death by his wife, Alice M. Kernan, and daughter, Kimberly A. Griffith.  As Patriarch of the “Kernan Klan,” he was responsible for 20 grandchildren and 15 great-grandchildren.

A funeral Mass is scheduled for Monday, July 18, 2022, 12:00 noon at St. Michael Catholic Church in Olympia.  The family requests that in lieu of flowers, memorial donations be made to the Sunshine House at Providence St. Peter Hospital, Olympia.