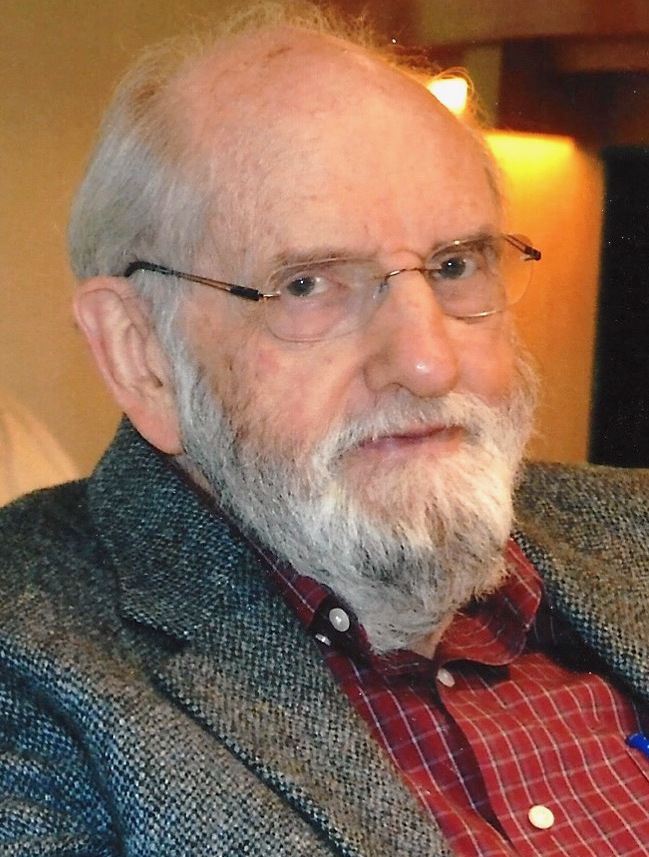 George Lanning died Saturday, April 9, 2022, just a week shy of his 90th birthday. He had been living with pancreatic cancer for several months, but the diagnosis was new, so his death felt sudden.

George was born on April 16, 1932, in McCleary, Washington, where his parents, Fred and Rae, met and married. They both worked for the lumber company in that timber town. George has one sister, Leta, who is five years younger.  They attended McCleary grade school and Elma High School, where George was the class valedictorian. He played saxophone and violin in the band and orchestra, and had a life-long love of music.

George loved science and math, so attended the University of Washington in Seattle to study physics. At that time, male students were required to take at least two years of ROTC (Reserve Officers Training Corps), so George opted for Naval ROTC. While that may not have been George’s first choice, he says it prevented him from being drafted into the Korean War.

When George left active duty, he lived in Riverside, California, and started work as a civilian at the Naval Ordnance Laboratory in Corona, California. He moved to San Diego and worked at NOSC (Naval Ocean Systems Center) until he retired at the age of 57.

George was always interested in emerging technology. He was an avid HAM radio operator. He also excelled at cribbage, a game he learned from his father.

George was married four times and widowed twice. He is survived by his four children, all born in Riverside, Steve, Karen, Chris, and Susan;  his 11 grandchildren; and two great-grandchildren.

George and his third wife, Helen, moved to Olympia in 1989 when he retired. George says he was soon elected to the board of his church and almost at once became board president, which lasted for a period of three years. During that time, the church changed from a Fellowship to a Unitarian Universalist Congregation and moved from the old building in Tumwater to its current site in West Olympia.

After Helen passed away, George married Glenis and moved into an independent living unit in Panorama, which was his residence until he passed. Glenis passed away before George and he lived alone but had the support of neighbors, many of whom are members of the Olympia Unitarian Universalist church themselves. George was active in his community and a beloved member in his church, and will be greatly missed.

In lieu of flowers, donations in George's honor may be made to the church.