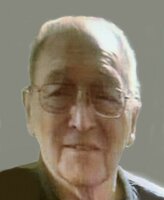 Donald loved people, family, animals, and God.  He was a member of Shepherds Chapel. He also loved singing and playing guitar for family and friends. His favorite song, and the most requested, was “Go Rest High on This Mountain.” He enjoyed hunting and fishing, and delighted in sharing his stories and adventures.  He also enjoyed car shows and beautiful rose gardens.