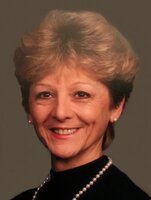 Fay married James R. Smith on December 24, 1984, and lived in Medford, Oregon, for many years before moving back to Olympia to be near family.  He preceded her in death.

Fay loved spending time with family.  She especially enjoyed family meals and game nights along with camping trips.  She had a special joy about her anytime the family was together.

She is survived by son, Bryan Winslow of Olympia; stepson, Sean Smith of the United Kingdom; sister, Cheryl Forsberg of Adna, Wash.; and brothers, Byron and Leon Hill, both of Olympia.  She also had many nieces and nephews.

A private family memorial will be held.