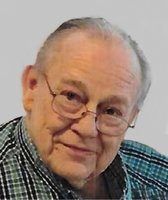 Homer Anthony “Tony” Langston Jr., 82, passed away September 12, 2019 in Olympia, Washington.  He was born in 1937 to Homer Anthony and Orilla Reeves Langston in Coal Hill, Ark.  Tony lived near his daughter in Olympia, Wash. the past eight years, and before that in Charleston, Ark.; Ft. Smith, Ark.; Dallas, Texas; New Orleans, La.; San Antonio, Texas; and Coal Hill, Ark.

He was listed in the 1973-74 Who’s Who in Texas, and was named in the 1970 Outstanding Young Men of America and the 1975 Outstanding Americans in the South.  Tony was a Commissioner of the North Dallas Chamber of Commerce Soccer Assoc., and a member of Bethany United Presbyterian and Northway Baptist Church.

He was hardworking, loyal, funny, and a loving father and grandpa.  He will be greatly missed.