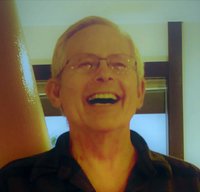 Steve was born to William Fredrick and Vera (Weber) Zagelow, March 26, 1943 in Odessa, Washington.  He graduated from Odessa High School in 1961 and received a Bachelor of Arts degree from Washington State University in 1965. He continued his education with a Juris Doctor from Gonzaga University in 1975, and completed his formal education with a Master of Law in Taxation from the University of Florida in 1976. He was married to Judy Lewis 1965-1975, Connie Frost 1985-2008, and Connie Schmidt 2012-present.

He was preceded in death by both of his parents, and his beloved brother, Bill.

Steve served in the United States Air Force Medical Service Corps from 1966 to 1969, leaving the service as a Captain. His duty was to facilitate the transfer of the bodies of the slain service members coming home from Vietnam. It was a gruesome and solemn task that forever changed his view on service and war.

Steve’s life changed unalterably in 2008 when he suffered an organic brain bleed. This condition is usually fatal, but due to his tenacity and stubborn streak, he survived and regained most of his cognitive function. Steve’s “new normal” brought about some personality changes that allowed him to live a life completely in the present and filled with great joy. He combined his law expertise and experience with Traumatic Brain Injury to help pass ESHB 2777, which added brain injury to the class of protected persons in the State of Washington. He became very active in the Brain Injury community as a student, mentor and crusader. He worked with the Army/Air Force to improve the mental health facilities at JBLM, and gave support to military members returning from war with brain injuries.

Steve participated in many professional and personal organizations in his lifetime. He was a Master Mason of Odessa Lodge #156 F&AM since 1971.  He was a gregarious (and opinionated) member of any group.

Steve was a devoted Christian and, following his 2008 brain injury/“walk with Jesus,” never missed an opportunity to connect with the people around him. He loved to debate and talk with strangers about many subjects, but God was always upmost on the list. He would go to the local Starbucks and any poor fool who had the fortune of sitting next to him would get sucked into an hours long discussion, always ending with Steve reminding them that “they are a child of God, and he’s got his eye on you.”  Steve attended many churches in his quest for knowledge, and loved seeing Grace in the people around him.

Steve loved to learn and have adventures. He took many European vacations and cruises, and loved camping locally as well. He has cruised almost around the world, including a 30-day cruise to South America.  Following his diagnosis in December 2017, he went on a trip to Mexico and his final cruise was from Seattle to Hawaii in October of 2018. He was an avid fisherman, horseman, skier and Zumba aficionado.

Steve’s greatest joy was his children. His son Greg could always count on Steve to be there cheering him on in his musical endeavors. Steve was an annual ticket holder when Greg played drums for the Seattle Sounders Football Club, and never missed a game when Greg was playing with Blue Thunder, the Seattle Seahawks Drum Line. In the end, he had enough Sounders gear to open his own store. His daughter Kirsten was quietly making a family and home, and he never tired of shouting her praises.

The family requests that donations be made to Equine Aid Horse and Donkey Rescue at www.EquineAid.net, Washington Brain Injury Alliance at www.biawa.org  or Wild Felid Advocacy Center of Washington at www.wildfelids.org.

The family would also like to thank Brian Morgan for organizing the Masonic Ceremony.