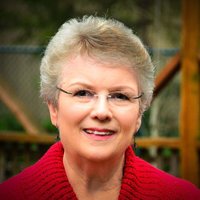 Sheila Joan Lisle was born July 2, 1945 to Bob and Margaret Lisle in Olympia, WA. She passed on August 4, 2018 after a battle with breast cancer.

Sheila graduated from Olympia High School in 1963 and married Bob Tee in June of that year. They later divorced. She was an Executive Secretary at Memorial Hospital in Yakima and an Administrative Support Professional for the Washington State Department of Labor and Industries.

Sheila loved the ocean, regular visits with family, reading and cooking. She valued her solitude and had a strong faith. She had integrity, a high moral standard and was loyal. She celebrated people’s successes with great joy and was brave in the face of adversity. She instilled the same sense of self-sufficiency in her children.

Sheila is survived by her children, Robert, Michael and Jennifer Tee; her brother, Doug Lisle; her sister, Barbara Fund; and her four grandchildren. She was predeceased by both her parents, Bob and Margaret Lisle.